Brownstone Apartments NYC: What’s It Like Living in Them?

Undeniably beautiful, brownstones also tend to have particular quirks. With this guide to the brownstone apartments NYC has to offer, you should be on your way to making the decision about whether they’re the right apartments for you.

Brownstone apartments: NYC’s real estate landscape has been dotted with them since the 1870s. NYC brownstones are detail-laden architectural gems built in various styles, such as Renaissance Revival, Italianate, or Greek Revival. Brownstones usually have a center exterior staircase that leads up to the front door and continues to wind its way up through the center of the brownstone and all the way to the top floor. While they’re undeniably beautiful, they do tend to have certain quirks depending on which floor you live on. While there are exceptions to the rules, brownstones tend to basically have the same layouts — if you’ve lived in one, you’ve pretty much lived in them all. Let’s take a look. To enter a parlor floor apartment, you walk up the brownstone’s exterior steps and enter through giant pocket doors to the left or right side of the hallway, or through a doorway at the back of the parlor floor hallway. With this guide to the brownstone apartments NYC has to offer, you should be on your way to making the decision about whether they’re the right New York City apartments for you. 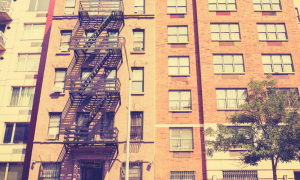 Ground floor or walk-up? That's the question thousands of New Yorkers ask themselves when buying a home in the city. There are pros and cons to each option, but much of it comes down to personal...
Sakai Blue Jul 13, 2017 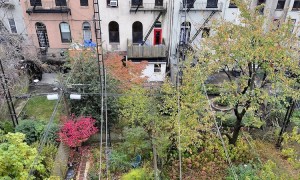 New York City garden apartments can be a dream come true or a nightmare sprung to life, depending on your perspective. Garden apartments are lovely and highly sought after, but they do have quirks...
Sakai Blue Nov 3, 2015 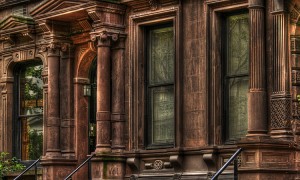 How to Set Up NYC Studio Apartments: Which Layout...

Moving into NYC studio apartments can be exciting, but their layouts can make decorating them a bit of a challenge. If you're moving into a studio, keep the following tips in mind so that you end up...
Sakai Blue Nov 5, 2014
https://6nb29bly7g.execute-api.us-east-1.amazonaws.com/ProdStage