Coldwell Banker Around the World: October 2021

Vistas, sounds, scents, flavors and tactile touches—all of your senses will be aroused in this European sovereign nation, the world’s second-smallest country (only Vatican City is smaller). Put on your natural fiber clothes (that will blow in the breeze), slip on your softest, supple shoes (so you can stroll along the walkways), perch your dark oversized sunglasses on your nose, casually, of course (for privacy or to create mystery), and don that woven floppy hat, too (if you dare), all to elicit questioning looks by passersby. People will wonder if you are both rich and famous. Why not, you could be!

Vistas, sounds, scents, flavors and tactile touches—all of your senses will be aroused in this European sovereign nation, the world’s second-smallest country (only Vatican City is smaller). Put on your natural fiber clothes (that will blow in the breeze), slip on your softest, supple shoes (so you can stroll along the walkways), perch your dark oversized sunglasses on your nose, casually, of course (for privacy or to create mystery), and don that woven floppy hat, too (if you dare), all to elicit questioning looks by passersby. People will wonder if you are both rich and famous. Why not, you could be!

Located between the base of the Southern Alps and the Mediterranean Sea, Monaco is recognized as the most glamorous destination in the Riviera. It exudes old-world sophistication, largely due to its venerable royal family, the Grimaldi’s, who have ruled Monaco for over 700 years.

Monaco is a fun place to visit and a luxurious place to live. Known for its opulence and major events like the Grand Prix and the Yacht Show, Monaco has built its allure as the playground for a wealthy lifestyle and not just casual wealth. In fact, per capita, Monaco has more millionaires than any other country.

Yes, there’s lots going on in Monaco, and the latest buzz has been surrounding the recent launch of Coldwell Banker Etic Realty– the newest addition to Coldwell Banker Europa Realty’s impressive reach across Europe, which has been operating for ten years now. Read on to learn more about Coldwell Banker’s newest office!

Where do you live: Monaco, Monte Carlo

What is the perfect weekend day like: There is always something exciting happening in Monaco! Besides our annual international events such as the F1 Grand Prix, the Rolex Masters Tennis tournament, the Jumping International Show and the Yacht Show, to name but a few, there are always concerts, exhibitions, cultural and sport events.

What are the common modes of transportation there: Walking, taxis and buses are the best ways to get around Monaco. A system of escalators and public lifts throughout the city allow you to skip the steep uphill walk. There is also a solar-powered boat-bus (called the Bateau) that sails back and forth across the harbor.

Tell us about the foods your area is known for: Monaco and the French Riviera are well-known for fine dining. From internationally renowned gastronomy restaurants to more casual local cuisine, there is an extremely wide range to choose from. Because of its location between France and Italy, the local food has been influenced by both cultures and reflects the many wonderful flavors of Mediterranean cuisine.

What is your favorite meal? At home or at a restaurant: As far as I am concerned, a homemade pasta dish still remains my favorite.

Where do you recommend someone vacation in your region, why: Being located in the middle of the Italian and the French Riviera, Monaco and its surrounding region offers a wide range of possibilities. This whole region is one of the most beautiful in the world. From the stunning coastline of San Remo to Saint-Tropez, to the quieter and beautiful backcountry of the lower Alps, and the charm of unforgettable old villages, the choices are endless.

What is your favorite recreational or leisure time activity: My personal favorite is Stand-Up Paddleboarding in the clear waters of the Mediterranean. In addition, one can be scuba diving, water skiing or suntanning on the beach in the morning, eating in a typical local restaurant at lunchtime and be trekking or paragliding in the afternoon… or even skiing in the wintertime!

Is there a specialty your area is known for: When you think of Monaco and its surrounding region, of course you think of The Monte Carlo Casino, the luxury hotels and restaurants, and the amazing shopping experience.

Share a little known but interesting fact about the area/region: Life is good in Monaco. We have the highest average life expectancy in the world at 85.8 years.

If you were to live in any other region where we have a Coldwell Banker presence, where would it be and why: I believe that Florida would be my first choice because I like the American lifestyle and the beauty of the region.

An independent sovereign state located between the base of the Southern Alps and the Mediterranean, the Principality of Monaco borders on several French villages. In ancient history, the Rock of Monaco was a shelter for primitive populations. The history of Monaco itself really dates back to the 13th Century. On 10th June 1215, the Genoan family of the Gibelins laid the first stone of the castle, which is still today the Prince’s Palace. To attract new inhabitants, the initial masters of the Rock offered advantageous conditions to newcomers, such as territorial concessions and tax exemption. For 700 years, the history of Monaco has been linked to that of the Grimaldi Dynasty.

Benefiting from an ideal geographical location, the Principality of Monaco enjoys very mild winters and remarkably sunny summers, which tend not to be exceedingly hot. In fact, the results of a 60-year study show that the average temperature is 16° C, rain falls on less than 87 days per year and the sun shines 7 hours a day on average. Sea temperatures vary from 11° C in the winter to over 26° C in the middle of summer. Thanks to its Mediterranean climate, Monaco is a pleasant place to live all year round. In addition, it is worth noting that ski resorts in the Alps are only an hour’s drive away. 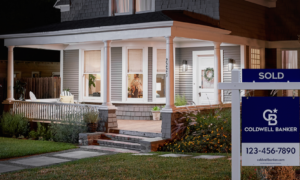 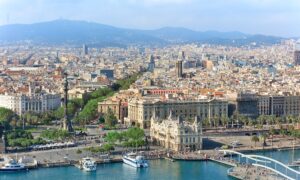 Coldwell Banker Around the World: May 2021

Situated between the mountains and the Mediterranean, Barcelona is a vibrant city with something to offer everyone.
Sam Shalom May 25, 2021 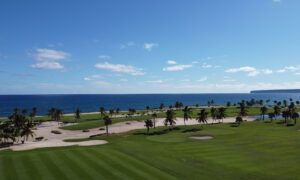 Coldwell Banker Around the World: February 2021

Imagine living on an island where the balmy Tradewinds and the rolling tides let you know if today is a good day to play a round of 18 holes on one of the world-renowned golf courses, or if it would...
Sam Shalom Feb 23, 2021
https://6nb29bly7g.execute-api.us-east-1.amazonaws.com/ProdStage