Corporate relocation to the Dallas-Fort Worth area has affected jobs and Plano’s housing market. Fortunately, Frisco, Addison, and The Colony make great alternatives to living within Plano’s borders and offer a number of unique amenities.

Corporate relocation to the Dallas-Fort Worth area has affected jobs, the housing market, and even the confidence of locals regarding an improved economic outlook. In fact, Charles Schwab conducted a study in 2015 that revealed “96 percent [of 1,000 survey respondents] said they think the DFW economy is in as good or better shape than the U.S. economy. And 81 percent think the local economy will continue to improve, compared to just 46 percent who feel that way about the national economy.” This surge of corporate relocation has helped push Texas to number two in a nationwide ranking of Fortune 500 companies.

Companies setting up new offices or even relocating their headquarters to the Metroplex have caused a housing shortage in Plano, a large suburb outside of North Dallas. In fact, WFAA, the local ABC affiliate station reported that Toyota is bringing in 4,000 jobs, Liberty Mutual hovers at 5,000 jobs, and FedEx Office sits at about 1,200 jobs — all within the Legacy West development of Plano’s business sector. This influx of jobs has created a housing shortage within Plano, leaving newcomers to the area looking for places to live in neighboring communities. Following is a short rundown of three areas surrounding Plano that offer amenities that nearly anyone would want.

Frisco is a booming suburb directly north of Plano. With the Dallas North Tollway dividing the town, it offers easy access to Plano and other parts of the Metroplex. Largely residential, Frisco is home to many single-family subdivisions, large luxury apartment complexes, and multi-family homes. Frisco is still developing, and there are areas where new construction is breaking ground for more residential and commercial spaces. Those who live in Frisco enjoy a beautiful public library and centrally located town square with shops and restaurants. Frisco Square is also home to a farmer’s market and live music throughout the year. The town’s Dr. Pepper Arena hosts concerts and professional sporting events as well.

South of Plano and bordering North Dallas, Addison is a recreational and residential hot spot — especially to those who enjoy living close to shops, restaurants, and nightlife. In fact, Addison has more restaurants per capita than any other city in the United States. The town is home to a number of high-rise and luxury apartment complexes as well as some multi- and single-family homes. Many locals enjoy Addison for its trendy and tech-savvy atmosphere as well as its proximity to Downtown Dallas.

Just West of Plano, The Colony is a suburban community off Sam Rayburn Tollway. Its location allows for a quick and easy commute into the heart of Plano’s business district and office parks. The Colony offers both apartment-style rentals along with townhomes and single-family homes for renters and prospective buyers. This suburb is nestled on part of Lewisville Lake, which is a popular destination for campers, fishers, water sport enthusiasts, and hikers. The suburb boasts attractions including Hawaiian Falls, a waterpark, and state-of-the-art indoor sport complexes.

Frisco, Addison, and The Colony all make great alternatives to living within the borders of Plano. For those with school-aged children, Frisco and The Colony offer well-ranked public schools, while Addison is a great option for young professionals looking to mingle within their immediate community. Fortunately, Dallas-Fort Worth’s system of highways and tollways makes getting around for work and leisure purposes very easy. 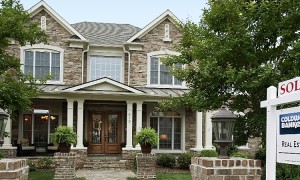 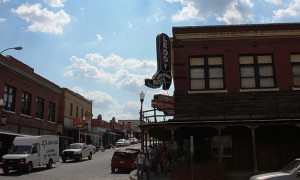 For those seeking new furniture, clothing, or other goods, there is no shortage of places to shop in and around DFW, and the area's network of highways makes them easy to get to. Here are five DFW...
Lindsey Chamberlain Jun 6, 2014 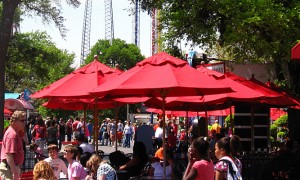 The DFW area may surprise newcomers with all the recreational activities it has to offer. From large lakes to beautiful nature preserves for hiking and biking, enjoying some time outdoors is not too...
Lindsey Chamberlain Jun 2, 2014
https://6nb29bly7g.execute-api.us-east-1.amazonaws.com/ProdStage