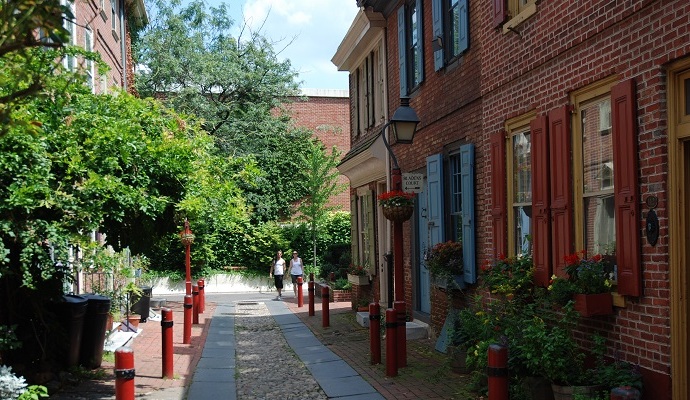 Downtown Philly Living: Diverse Neighborhoods Offer Something for Everyone

Downtown Philly, also known as Center City, consists of 14 neighborhoods, each with distinct personalities and unique attributes. Whether you prefer quaint or contemporary design, you will find a Philly neighborhood appealing to you.

Downtown Philly, also known to local residents as Center City, consists of 14 neighborhoods, each with distinct personalities and unique attributes. Whether you prefer quaint or contemporary, quiet or lively, Colonial or Art Deco, Philadelphia’s housing, culture, dining, and shopping caters to a broad range of tastes in downtown living, as demonstrated by the areas spotlighted below.

Old City was one of the first established neighborhoods in Philadelphia. Today, this area is where you’ll find many of the city’s historical tourist attractions, such as Independence Mall and the recently renovated Benjamin Franklin Museum. Old City is also home to many restaurants, shops, and art galleries. Residential options include condos or apartments inside 19th-century warehouses and factories. Looking for a slightly larger living space? Townhouses are also available in this section of the city.

The area south of Old City, running from Front Street along the Delaware to Seventh Street, is known as Society Hill. After the neighborhood fell into disarray in the early 20th century, it was revitalized and restored. Society Hill is a registered historic district, and owners of restored homes in this area must follow certain rules regarding appearance and maintenance.

Residents of Fairmount, the neighborhood spanning the area between the Benjamin Franklin Parkway and Fairmount Park, have carefully preserved the Victorian-style houses built there in the late 19th and early 20th centuries. Fairmount maintains the feel of a friendly, intimate neighborhood, yet it’s only a short cab ride away from the high-rise buildings surrounding City Hall. Fairmount residents often walk, bike, or run along Kelly Drive, the winding road behind Boathouse Row. This neighborhood also boasts an eclectic mix of dining choices, including Mexican, Greek, Asian, and American fare.

Each neighborhood in the Center City district carries its own unique characteristics and energy. If you’re looking to make Philadelphia your new home, take time to wander and roam through the city to discover which area is the best the fit for you.