Federal Style: From Early American to Homes of Today

Nothing compares to a home with timeless style.

Brought to you by Andersen Windows

Simple and elegant, it is easy to see why so many homeowners consider a Federal style home the classic standard for many dream homes. From its first appearances in this country as farmhouses for colonists, many homeowners today are drawn to certain elements found in those original structures that communicate a timeless style.

Some homeowners appreciate the strong historic connection of this style: most homes built in the Colonies during the late 18th century were designed based on popular styles from England, meaning their styles were influenced by popular Georgian architectural elements.

For colonists with hopes and dreams of a more prosperous future as a new nation, Federal style homes represented wealth and comfort. Windows played a significant role in communicating that new wealth and prosperity of the Federal style, with sunburst-shaped transoms and divided light grilles that brought more daylight into the structure.

Architects in the 19th and 20th centuries appreciated the fact that the style itself is easily scaled to the homeowner’s space requirements. The box-like footprint makes integrating future expansions easier. While the windows and doors were minimally adorned, the careful attention to symmetry and placement of the windows and doors amplified the overall style.

Even though the Federal style originated 300 years ago, architects today rely on key style points from the look to create the forever home of the 21st century family life: two to three stories high, two rooms deep, and central hallways that help direct the flow of traffic within a home.

Certain home styles may grow more or less popular over time, but Federal style elements have endured for hundreds of years with no signs of fading. Learn more about the Federal home style in the Andersen Home Style Library, and see if you can find Federal design elements in your own home.

To find a home in your area, visit coldwellbanker.com. 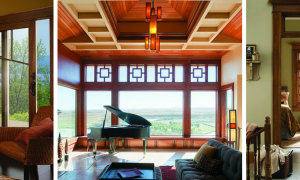 Grilles: The Perfect Finishing Touch to Any Home...

Planning a renovation or building new? Andersen Windows explains how window grilles can amplify your home’s style and highlight the best features of a home.
Victoria Keichinger Dec 16, 2015 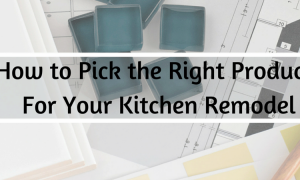 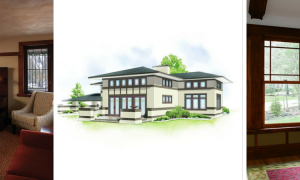