Fire Safety Tips for Your Home

With so many different devices and increasing electrical demands for Dallas homes, fire safety is even more important than ever. Use these tips to help increase the safety in your home and prevent a fire.

When it comes to fire safety, many Metroplex homeowners don’t do much more than change the batteries in their smoke detectors. But homeowners can do much more to prevent fires in their homes. Here are a few pointers for avoiding fires, and some extra tips that are particularly useful during the holiday season.

With so many new gadgets increasing electrical demands in every Dallas home, electrical fires are a real concern. The U.S. Energy Information Administration reports that the use of appliances, electronics, and lighting increased by 10 percent between 1993 to 2009, and that these items make up the largest percentage usage for electricity in homes.

To avoid an electrical fire, ensure that your entertainment equipment is grounded properly and not overloading the outlet. It’s not as prevalent a problem as it once was, but overloaded outlets still cause fires.

When using a power strip or surge protector, avoid overloading the strip and wall outlet. Replace strips periodically, and keep strips vertically mounted to avoid dust and dirt, which can cause sparks. Never plug strips into one another, and plug extension cords directly into wall outlets rather than into a power strip.

You want to keep your home cozy, but your quest for warmth shouldn’t supersede fire safety concerns. Space heaters are a particularly dangerous hazard, for example. Keep them away from flammable materials like bedding or clothing, never use them outdoors, avoid children’s areas and bedrooms, and only plug them into an outlet, not an extension cord. Unplug them when not in use.

Get your heating system inspected annually to catch any potential problems before they light up. Never leave a fireplace unattended, and always use a fire grate or screen to prevent sparks escaping the fireplace.

Dallas-Fort Worth glows with merriment over the holiday season, but don’t forget about practical precautions in all the excitement. Your house may twinkle with lit-up decorations, but make sure you turn them off at night or when you’re not at home. Whenever possible, use fire-resistant decorations. Check all cords for damage including loose wires, open wires, and broken bulbs. When decorating outside, use weather-appropriate decorations and avoid pinching cords in doors or windows or under furniture.

Flickering candles can set a festive mood, but battery-operated lights are the far safer option. If you really want the genuine article, never leave them unattended. And if you have a real Christmas tree, keep it watered — a dry tree is a serious fire hazard. Keep at least three feet of distance from fireplaces, heating units, and radiators.

It’s easy and inexpensive to follow safety measures to avoid the causes of most home fires.
Lindsay Listanski Oct 9, 2012 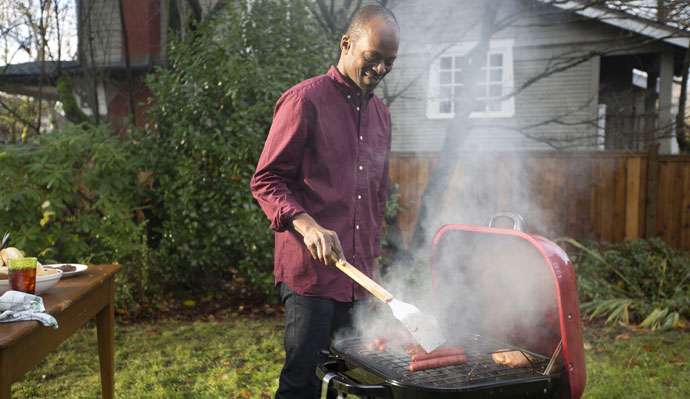 One of the highlights of summer is definitely gathering around the grill for some good ol’ fun and barbecue. While its certainly not hard to have a good time with family and friends around, the art...
Lindsay Listanski Jun 7, 2013 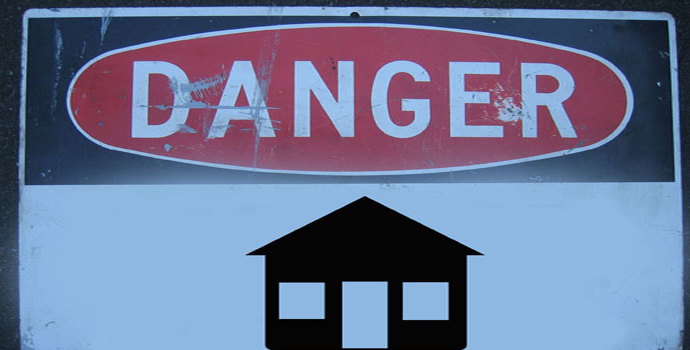 Be Aware of Common Home Dangers

Several actions homeowners can take to reduce the most prevalent, but ignored, dangers to their houses.
Lindsay Listanski Aug 7, 2013
https://6nb29bly7g.execute-api.us-east-1.amazonaws.com/ProdStage