Guttenberg, New Jersey: 5 Reasons You Should Get to Know It!

Recently, the city of Guttenberg, New Jersey, has gotten recent news coverage due to the tragic accident that took place in the historic high rise that stands out amongst the N.J. coastline on the Jersey side of the Hudson River.

Recently, the city of Guttenberg, New Jersey, received news coverage due to the tragic accident that took place in the historic high rise that stands out on the Jersey side of the Hudson River. I like to consider myself a local expert, as I have traveled literally every way there is to go in the state. However, when I heard about the accident on the news, I was shocked to have listened to the reporter introduce a city that I have never heard of before. Unfortunately for me, I cannot carry a name like mine without being “the” expert, so I started to research.

I found five extraordinary facts about this tiny city in Hudson County. There stood a very popular city, only four blocks wide, that everyone knows but no one knows about. I have driven through Guttenberg on several occasions and had never known. Below, there are five reasons you should know Guttenberg.

Actor Steve Carell actually lived there while filming Comedy Central’s The Daily Show. At that time, he was pretty much a no-name. However, it does sort of speak to the convenience of the city when traveling into New York City. Just as much, it must work very well for people pursuing a career in television. Notably, former Nets basketball player and native Slovenian Bostjan Nachbar also called this place home.

When driving across the George Washington Bridge, two things stand out: Harlem on the New York side and three skyscrapers on the Jersey Side. Those three sister buildings are noticed by hundreds of thousands of drivers every day. Those three tall buildings are the Galaxy Tower Condominiums. They provide a great view of upper Manhattan and even better amenities right off of Kennedy Boulevard.

Guttenberg is, at least on paper, the most densely populated incorporated place in the country. That may not seem like much, but when you are located just a stone’s throw away from the most populated city in the world, I imagine it would feel pretty good.

If you have never seen ABC’s Scandal, you have at least heard about it. You would think this place was Washington, D.C., with all the activity going on. One example, former Mayor David Delle Donna was even prosecuted for suspicion of extortion by our current Governor Chris Christie while Christie was still the state U.S. Attorney General. Chris Christie also had the pleasure of prosecuting former Mayor Peter LaVilla for trading public stocks with campaign funds. There have been less publicized scandals involving a councilman and the town CFO.

Guttenberg, New Jersey, is sitting in a demographic that, before I looked into it, I thought could not exist. Guttenberg truly breaks the mold. Study after study has been done to figure out what causes certain demographics to commit crime. From low income, to high population density, to vicinity to people of higher wealth, Guttenberg fits all, if not most, of the criteria they come up with. Yet, it remains one of the safest cities in Hudson County. Take that know-it-all psychologist! 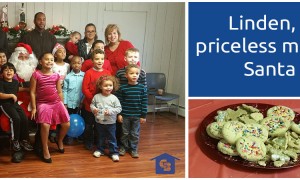 Sticker shock trying to give the little ones memories? The City of Linden is saving their residence both the trip and the cost of taking pictures with Santa. Residents of Linden are capturing...
Genius Dec 16, 2015 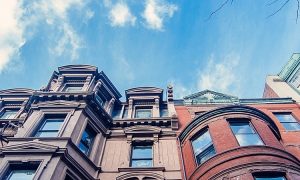 Renter's rights in New Jersey are incredibly important to understand for both tenants and landlords. One of the most important aspects is eviction and the causes for this action to be taken. It can...
Kevin Lawton Apr 26, 2017
https://6nb29bly7g.execute-api.us-east-1.amazonaws.com/ProdStage