When it comes to finding a new apartment in NYC, you have a lot of decisions to make — starting with East Side vs West Side. Each side has its own distinct traits, character, and charm. Here are the pros and cons of each.

When looking for an apartment in NYC, you’ll likely find yourself pondering: Should you choose the East Side or the West Side of New York City? Each side of the city, East Side vs West Side, has its own distinct traits, character, and charm. Here are the pros and cons of each.

Uptown East vs West: The Pros

Looking at Uptown? You have the Upper East Side, and the Upper West Side to consider. The Upper East Side has a lot going for it. It’s a neighborhood full of charming museums, beautiful architecture, and lovely areas of Central Park.

On the other side of the Park, you have the Upper West Side. If you live in this neighborhood, you have Central Park right in your backyard — some parts of the park that are easily accessible from the west side include the Shakespeare Garden and Strawberry Fields. The Upper West Side is also closely situated to another beautiful green space: Riverside Park. There are lots of wonderful shops and (not unlike the Upper East Side) an abundance of amazingly beautiful architecture. You can also find a plethora of culture to take in at Lincoln Center and the American Museum of Natural History.

Uptown East vs West: The Cons

One drawback to the Upper East Side is that it can be very difficult to get around. The 6 train is often very cramped, and if you live all the way East (out by York Avenue or East End Avenue), the nearest train is quite a walk away.

One detriment to apartment hunting in the Upper West Side is the expensive rents: This part of the city is very costly to rent or buy in, although all the pros of this area mean that it’s worth the money — but only if you can afford it! (Meanwhile, rents on the Upper East Side are currently much more affordable.)

Downtown East vs West: The Pros

Now let’s take a look at East Side vs West Side downtown. On the East Side, you first have the East Village and the Lower East Side. Both are amazingly diverse, culturally rich areas full of history and historic significance. The East Village is positively teeming with restaurants, coffee shops, stores, and things to do, while the Lower East Side is home to such well-known establishments as Katz’s Deli, Russ & Daughters, and Clinton St. Baking Company.

Downtown on the West Side you have the West Village, one of the most covetable and charming neighborhoods in all of Manhattan.

Downtown East vs West: The Cons

One thing to think about before moving to the downtown part of the East Side is that it’s such a “happening” area, it can tend be on the loud side. With so many bars and such vibrant nightlife, the noise and crowds can be overwhelming for someone looking for an oasis of peace and quiet.

Over in the West Village, the biggest downside is the expensive cost of real estate — both rentals and homes for sale are on the much higher end of the spectrum, price-wise.

When it comes to finding a new apartment in NYC, you have a lot of decisions to make — starting with East Side vs West Side. But now that you’ve familiarized yourself with the geography, you should have a better idea of which part of the city you’ll want to call home. 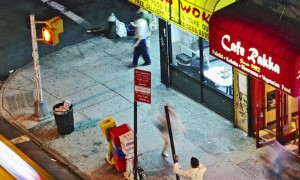 Many who come to NYC choose to live downtown, for its energy, great eateries, and plethora of things to do. East Village apartments are more affordable - but is it the right neighborhood for you?...
Jacqueline Clair Mar 30, 2016 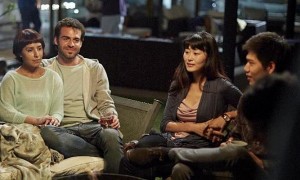 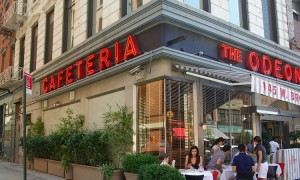 Why You Should Move to Downtown NYC

Living in downtown NYC or uptown NYC is the big question for many people moving to the city. Both parts of the city have their own distinct personalities. Following are some of the reasons you may...
Sakai Blue Jul 16, 2015
https://6nb29bly7g.execute-api.us-east-1.amazonaws.com/ProdStage