In Dallas-Fort Worth, the Privacy Fence Is Becoming Even More Private

Privacy fences rule in Texas. One of the things about which some people from other parts of the United States are surprised when they move to the Dallas-Fort Worth area is that fences are designed to keep the rest of the world out.

Privacy fences rule in Texas. One of the things about which some people from other parts of the United States are surprised when they move to the Dallas-Fort Worth area is that fences are designed to keep the rest of the world out. Eric Schrader, owner of Buzz Fence, a Fort Worth-based company that provides fencing services throughout North Central Texas, explained that the privacy fence is not only the standard, but that it is also getting even more private.

“Privacy has hit a new level,” Schrader said. “The standard used to be a six-foot fence. Now the standard is eight feet.” He went on to say that more homeowners are choosing fences that prevent anyone from peeking into their back yards. The typical fence has wooden slats placed side by side with a narrow gap between the slats, but the new design of privacy fence, Schrader said, places an additional slat over the gap. “It gives it a nice three-dimensional look, but the point is to get rid of the gaps.”

According to Schrader, the trend toward outdoor living is part of the reason why North Central Texans like their privacy. “I don’t think people are doing anything different in their back yards than they were 30 years ago,” he said. “When they get home from work at five o’clock, they want some time outside without having to talk to the neighbors.”

Patio kitchens and $4,000 outdoor televisions may also have something to do with the need for privacy. The Dallas area also has many homes with pools, which demand more privacy and security.

Privacy fences also provide security for homeowners with pools. In some North Texas cities, more fence may be required. “Every city has pool codes, and they’re all different,” Schrader said. Most require fences at least 44 to 48 inches high around a pool. He suggests checking with the local municipality before buying a home with a pool to make sure the fence meets the code.

The vast majority of privacy fences are built from cedar, Schrader said. Although other woods are used, especially when cedar costs are higher, fencing experts recommend cedar in North Central Texas. “Cedar is porous and won’t rot like hardwoods,” he said. “When it rains, it soaks up the water and swells. It is insect-resistant, too.” Local fencing company Ace Fence also echoes Schrader’s testament to cedar fencing.

Most Dallas-Fort Worth area homeowners choose to keep the natural color of their cedar fences. Others stain them red and brown. Over time, the golden color of cedar turns gray, but that does not mean the wood is rotten or that you need a new fence, Schrader said. “The gray color is actually a fungus,” he said. “You can wash it off with vinegar and water.” Although a wide variety of factors can determine the lifetime of a cedar fence, Schrader estimated that most will last at least a decade. As an alternative that is not as common in North Central Texas, vinyl fences can provide the same privacy but with a lifetime warranty. 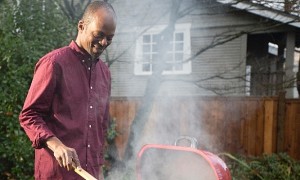 A Fine Line: Fencing Your Yard

Are you planning to fence your yard in Dallas-Fort Worth, Texas? Following these simple steps will ensure a successful project, avoid legal issues, and help you develop research and communication...
Charity Kountz Sep 3, 2013

It is not Arizona or Florida, with acres of planned communities and golf courses, but an increasing number of active baby boomers are settling in the Dallas-Fort Worth Metroplex. Why? What are the...
Adrienne Cohen Sep 30, 2013
https://6nb29bly7g.execute-api.us-east-1.amazonaws.com/ProdStage