Jacksonville’s historic neighborhoods provide buyers with opportunities to own homes with character and style. These neighborhoods often have great parks and tree lined sidewalks to enhance their appeal.

There are three historic areas near downtown Jacksonville with homes built at the turn of the 20th century. They are Springfield to the north, Riverside and Avondale to the south, and Old Ortega just south of Riverside and Avondale. These areas managed to survive the Great Fire of 1901 and have flourished in the last 30 years.

Springfield encompasses just under one square mile just north of downtown Jacksonville and has over 1800 structures within that area. The predominant architectural styles are Colonial Revival, Queen Anne, Victorian, Prairie School, Mediterranean, and Bungalow. This historic neighborhood has streets laid out in a grid style, with a lot of green space and parks along the western perimeter that form a contiguous natural buffer. Springfield residents tend to fall in love with the area because of the tree-lined streets, beautiful architecture, and parks. Its proximity to downtown Jacksonville gives owners who work in the area the option of driving, walking, or biking to work.

South of downtown Jacksonville along the St. John’s River is the upscale area of Riverside and Avondale. During the Civil War, the area was little more than plantation tracts. After the war, northern investors saw the potential and began purchasing and building large waterfront mansions. Today the area boasts some of the largest waterfront lots in the Jacksonville area. The architectural styles include Colonial Revival, Georgian, Shingle, Queen Anne, Victorian, Bungalow and Tudor-style homes. The streets within Riverside and Avondale follow the contours of the St. Johns River, with Riverside Avenue having a tree-lined median. Riverside and Avondale contain a number of shops and restaurants ranging from modern to eclectic, with several restaurants offering patio dining. Riverside and Avondale are also home to a number of historic churches of grand architecture, all within walking distance of homes.

Included among the plantations of the pre-Civil War era is a peninsula of land south of Riverside and Avondale known as Old Ortega. Old Ortega is surrounded on three sides by navigable waterways, which made the area desirable by northern investors after the Civil War. At the turn of the 20th century, many investors made their way to the area and established a yacht club, which still operates today. Large homes and large home sites border the river and range in style from Plantation-style homes to wood frame bungalows. A number of parks can be found in the Ortega area. Majestic oaks are abundant, lining streets and lots.

If finding a home with style and personality in a historic neighborhood appeals to you, check out the historic areas of Springfield, Riverside, Avondale, and Ortega.

Is Leather Furniture a Good Choice for Your Jacksonville Home?
The Jacksonville Jaguars Fan Guide to Decorating 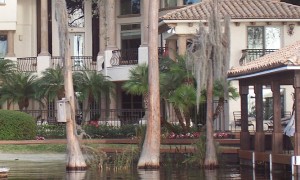 As the largest city in the continental Unites States, Jacksonville, Florida is made of dozens of distinct neighborhoods. Discover some of the more upscale parts of the city and the luxury homes they...
Anne Baley Nov 19, 2013 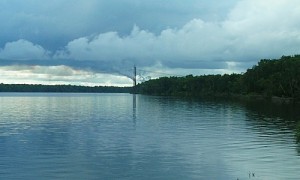