Mookie Betts’ Home Away from Fenway

The Boston Red Sox All-star right fielder shows us why home is always where you make it.

Red Sox nation has a lot to look forward to in the next few years thanks to a bevy of young stars known as “The Killer B’s”.  But the one cleaning up the charge is right fielder Mookie Betts.

After a last place finish in their division in 2015, Mookie Betts has been the catalyst for turning the Red Sox around in 2016.  Named an All-Star game starter, the twenty-three year old cleanup hitter has had a MVP-caliber and borderline historic 2016 campaign so far.  But even American League MVP candidates have to wind down from long, grueling trips on the road and kick back at home in Nashville.

While his family on his long road trips are his teammates, Mookie still misses the down south living he grew up with in Tennessee (and his ferocious looking five-pound dog, Leo).  While Boston may seem like a complete opposite of Nashville, the city’s closeness as a community reminds him of being back home.

Watch the video above to hear what Mookie loves most about living in Boston during the season, and how he winds down in the south during the offeseason.

Looking for a home in Boston?  These homes will make even the Green Monster blush!

Catch the complete Home Field Advantage lineup to step inside the homes of stars like Ryan Zimmerman, Ben Zobrist and Joe Panik.

Steven Matz Brings it On Home
Kevin Pillar Lays Out at Home, Too

NYC vs Boston is a rivalry that's gone on for ages. Here we don't discuss the obvious sports one; we're here to take a brief look at the difference between buying or renting a home in Boston vs...
Sakai Blue Feb 3, 2015 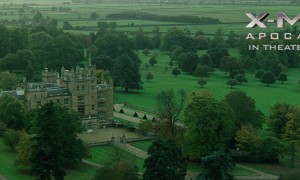