1. The X-Mansion was built by the hands of Professor X’s Dutch ancestors.

2. Except for the one in X-Men: Apocalypse as the exterior is completely CGI.
3. The mansion is situated on the shores of Breakstone Lake.

4. There is no maid service at the X-Mansion. This is mainly for security reasons.
5. Having trouble imagining Wolverine making his own bed.

6. Originally uniforms were required to be a resident of Xavier’s School for the gifted.
7. But now the dress code is open to personalized attire.

8. The home features a continually updated game room.
9. The game room also boasts state of the art VR gaming and holographic projection.
10. And a movie collection that spans the best of Hollywood and some intergalactic alien favorites.
11. Like Gigli.

12. You don’t have to be a telepath to use Cerebro, but it is recommended.
13. Extended Cerebro use can cause issues during REM.

14. (insert It’s the End of the World As We Know It joke here)
15. Professor X’s study and library are both his own private getaway and a classroom when school is in session.
16. On his desk, Professor X has a glass stapler. 17. I assume it is glass to prevent Magneto from using it against him.
18. But then what are the staples made of?
19. This thing is also on Professor X’s desk. 20. I’m not sure what it is, but I want one.
21. People who send him mail don’t like to leave return addresses. 22. In his library, Professor X likes his encyclopedia to have pictures. 24. One of his bookends is of a warrior slaying a dragon, but the warrior must be a mutant because he’s slaying it without a weapon. 25. His bookshelf is lined with books people like to say they’ve read but never have. 25. Except for me, I’ve read The Sentimental Education by Gustave Flaubert.
26. And Quo Vadis.
27. But I’ve only seen the cartoon of The Hunchback of Notre Dame.
28. Not my fave.
29. Professor X enjoys spinning a few tunes to relax. 32. I was expecting Can’t Get You Outta My Head to be in there somewhere.
33. The X-Mansion is arguably the most secure single-family home in any Earth timeline.
34. The front gate has an anti-acceleration field generator to prevent ramming through them.
35. There’s also a radio shack on the grounds.

36. Not the store where you go to find that battery you never seem to have in your junk drawer.
37. A literal shack with a radio tower on it for communications monitoring.
38. And its explosion proof.
39. Wonder how they tested that?
40. Inside the mansion, residents are provided a smart key to access parts of the home as well as other security elements.
41. The security doors to Cerebro are made of adamantium-melded steel. 42. It also has a bio-molecular locking mechanism.
43. Chances are you aren’t getting in there unless you’re on the Cerebro sign-up sheet.

44. Yes, that’s a real thing.
45. It’s officially known as “The Cerebro User List.”
46. The upstairs of the X-Mansion boasts 24 bedrooms and just as many bathrooms.
47. Again, how is there no cleaning service for this place?
48. In addition to dormitory rooms for students there’s also a literal “study hall.”
49. It’s on the floor plans.
50. You can also find an automated laundry and linen service.
51. Ah, so there’s no cleaning people, but there’s robots that do the laundry.

52. Now that makes sense.
53. In the basement there’s a furniture storage area.
54. It’s a basement, what else did you expect to find there?
55. Book storage?
56. Yes, there’s a room for that too.
57. And a laundry.
58. Evidently the laundry robots must live in the basement.
59. Next to the wine cellar.
60. Wonder if the wine cellar has security to keep the kids out?
61. Maybe a retina scan device that determines your age using bio-sensors to keep underage kids out?
62. Or just a lock might work.
63. Beneath the property are the Morlock Tunnels.
64. Yes, they’re damp, creepy and often times infested with all sorts of sundry creatures.
65. So you know the teenage boys hang out there a lot.
66. Let’s not forget about the jet hangar.

67. There’s also a lab.
68. Medical bay for those laser beam burns.
69. Gymnasium for training.
70. Plus the outdoor fully retractable basketball court.
71. Basically any amenity you can think of, the X-Mansion has.
72. Like a danger room.
73. Check
74. High speed transport tunnel.

To uncover even more of Xavier’s School for Gifted Youngsters click here. 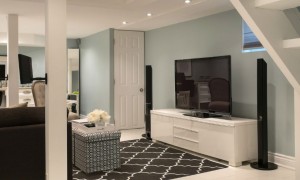 How to Partially Finish Your Basement on a Budget

Transform your basement into a living area, laundry, bathroom or workspace you can use now — without a full renovation.
Victoria Keichinger Mar 7, 2017 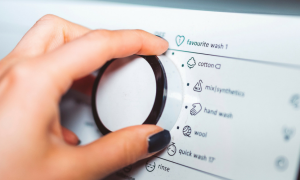 Update Your Laundry Room for Efficiency and Style

Refresh your laundry room with a boost of energy and increase your home’s value.
Sharon Lee Dec 5, 2017 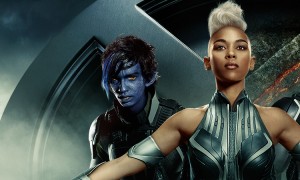 Who Needs Mutant Powers When You Have Smart Home...

You may not be one of the X-Men, but smart home tech can help you unleash your own set of super powers.
David Marine Apr 25, 2016
https://6nb29bly7g.execute-api.us-east-1.amazonaws.com/ProdStage