Move In Ready or Fixer Upper…What’s Right for You?

Deciding whether to purchase a move in ready home in Jacksonville rather than purchasing one that needs some repair, or is a full-blown fixer-upper, is a decision based on preference. It is much like deciding what perfume or cologne to wear

Deciding whether to purchase a move in ready home in Jacksonville rather than purchasing one that needs some repair, or is a full-blown fixer-upper, is a decision based on preference. It is much like deciding what perfume or cologne to wear – there is no right or wrong answer. It is simply a choice between two options. Deciding on a move in ready or fixer-upper is similar, one just smells right.

The smell of new carpet or fresh paint on newly hung drywall will float some buyers’ boat. These types of homebuyers loathe the notion of scents left behind by former inhabitants. Purchasing a fixer-upper is not for them. But, if you can stomach tearing up old carpet and airing out stuffy homes, then perhaps a fixer-upper is right for you. Of course, every fixer-upper is not a smelly, run down, piping hot mess. There are some marketable gems out there for the Jacksonville buyer who does not mind getting a little dirty and applying some elbow grease.

What to Buy in Jacksonville

Move in ready homes are just that. There is nothing for the buyer to do but close on the house and move in. There are no light bulbs to replace, batteries to install, or refrigerators to clean. The only scent left behind is newness, and the only work buyers need to do is to have the utilities turned on.

Jacksonville is known for pristine neighborhoods, and a move in ready home generally has curb appeal. Grass, trees, and shrubs have already been planted and maintained. The new homeowner may want to add a personal touch, but for now, there is nothing glaring that needs attention. There is no debris floating in the wind outside.

While a move in ready home is best suited to the “no muss-no fuss” homebuyer, it also comes with a higher price tag than the average fixer-upper. This is the most obvious, if not the most important factor to consider.

When a Sale Means a Bargain

The nation’s lack luster economy left countless fixer-uppers in its wake, and the Jacksonville market has many from which to choose. Handy buyers who are purchasing for the first time may be attracted to a home that needs a bit of work. The Jacksonville area generally has, give or take, 500 homes that can be defined as a fixer-upper or as foreclosed. Those homes are on average more than fifty years old. Jacksonville buyers could scoop up a bank owned house for a fraction of its market value.

However, before jumping into the foreclosure market, buyers should do their homework. In the same way that a sale does not mean bargain, purchasing a fixer-upper is not a good deal for every buyer. Even if the buyer does not intend to sell the home, he or she should make the decision based on turnaround cost. In other words, turning the house into a masterpiece may be cost prohibitive. If the initial cost to purchase is attractive but the turnaround price is equal to that of a Jacksonville move in ready house, think hard before signing a contract.

Looking at today’s market, I’m so happy about the opportunities that first-time homebuyers are seeing and embracing.  One of my colleagues is a young man in his 30s, and recently bought his...
Bluematter Feb 11, 2011 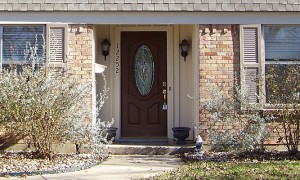 While a Fixer Upper Suggests Work, It May Be Your...

Don't let the prospect of buying a fixer upper scare you away. The truth is that, in today's real estate market, performing some minor updates and repairs may yield great benefits in economic terms,...
Adrienne Cohen May 11, 2014 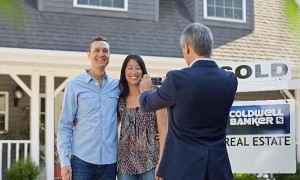 First Time Home Buyer? Jacksonville May Be the...

Buying a home for the first time is typically a daunting task, but may be easier in Jacksonville than in other areas. This article will help you understand why Jacksonville is a great place to make...
Angela Huggins Apr 28, 2014
https://6nb29bly7g.execute-api.us-east-1.amazonaws.com/ProdStage