Home sales hit another high note; highlights from the latest housing report from the National Association of Realtors

The housing market continued its winning streak in August. Sales of existing homes grew 6.2% over last year, according to the National Association of Realtors (NAR). It was the 11th consecutive month of year-over-year gains.

Several factors have buoyed the market. Hiring remains strong: the national unemployment rate went down a full percentage point over the 12 months ended in August to 5.1%, its lowest point in more than seven years. Even earnings, which have been stagnant, have shown some signs of life lately as employers have reacted to local labor shortages by raising pay.

Even more telling is that mortgage rates averaged about 3.9% during August, which makes housing more affordable. That low interest rate environment could continue until the end of the year, at least, according to Keith Gumbinger of mortgage information provider HSH.com. He pointed to last week’s Federal Reserve announcement that it would keep its Fed rate at zero. Many observers had expected it to rise for the first time since the financial crisis hit.

However, sales dipped a bit compared with July, falling 4.8% to an annual rate of 5.31 million. Lawrence Yun, NAR’s chief economist, attributed the slight month-over-month sales downturn to low numbers of listings in many areas. “The persistent summer theme of tight inventory levels likely deterred some buyers,” he said.

The latest NAR report also showed that home values have made gains this year. The median price of homes sold in August nationally was $228,700, up 4.7% compared with a year earlier. It marked the 42nd consecutive month of year-over-year price increases.

The biggest risk to continued home sales growth is the number of houses for sale. Low inventories in some cities have already hurt sales to first-time homebuyers by making homes too expensive. However, first-timers stepped up their purchases last month, accounting for 32% of unit sales – up from 28% in July. To get a glimpse at what’s out there, check out this Charlotte, VT home (pictured above), where $949,000 gets you four bedrooms, three and a half baths and 11+ acres overlooking Lake Champlain and Adirondacks.

The New Mortgage Rules: Texans, Saddle Up for Some Big Changes
Getting Down to the Heart of the Matter with Home Sellers

What You Need to Know about July Housing Numbers

Home sales get some summer sizzle; highlights from the latest housing report from the National Association of Realtors
Les Christie Aug 20, 2015

Highlights from the latest housing report from the National Association of Realtors
Les Christie Jan 22, 2016 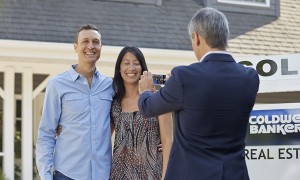 What You Need to Know about the July Housing...