Every year brings changes to the real estate market in Philadelphia. 2016 is no exception. From a booming downtown to less of a focus on cars, here are a few real estate trends you can expect to see throughout the city in 2016.

One thing is for certain about Philadelphia — the city has grown and changed and become a more desirable place to live compared to two decades ago. Philly’s population has also grown in recent years, with the number of people in the city increasing by 2.7 percent between 2010 and 2015, according to Census data.

What does this all mean for you? Whether you already live in Philly or are planning on buying a home here, understanding real estate trends for 2016 can give you a good idea of what to expect or hope for in terms of pricing, availability, and amenities.

The downtown area of Philadelphia, or Center City, is a hot spot for growth. Its population has increased 16 percent between 2000 and 2014, as the Urban Land Institute (ULI) reported. Center City is second only to Manhattan in terms of being the most populated downtown area in the U.S. What does the boom in population in Center City mean for real estate trends? It means more and more apartments or condos are being built in the area.

The ULI noted that there were more apartment buildings built in the Philadelphia area in 2015 than ever before. In 2016, available inventory is expected to increase by 1.6 percent.

The increase in apartments doesn’t only mean that more people are able to move into the Center City area — it also means that businesses in the area can expect to thrive. While there were just a handful of restaurants with outdoor seating in 2001, today there are more than 300. New construction also means new jobs. For example, when the latest Comcast building is finished, it’s expected to bring nearly 3,000 jobs to the city.

Of course, not every real estate trend for 2016 is necessarily a positive one. Home prices in the city have increased by nearly 17 percent since 2014, and the median cost of a four-bedroom, two-bathroom home in 2015 was $252,102, according to Coldwell Banker’s Real Estate Listings report.

Philadelphia isn’t anywhere near the most expensive cities in the U.S. (it ranks at #1458 on the listings report). But, MarketWatch ranked it as the seventh out of 10 most over-valued markets in country, noting that home prices were 14.2 percent over sustainable levels.

Although plenty of people in Philadelphia still own and drive cars, and vehicle parking will always be a concern, more and more people are also relying on bicycles for transportation. According to the Alliance for Biking and Walking, Philadelphia ranks 10th in the country for the number of people who bike to work.

Several trends have been in response to the increased focus on cycling. One is new construction near areas with bike rails. An example is One Riverside, a condo building right next to the Schuylkill River Trail, which is expected to be finished in early 2017. Another trend is the demand for more bike lanes. In April 2016, the city received $500,000 from various sources to upgrade or create bike lanes along several major streets, as PlanPhilly reported.

Expect to see good things from Center City this year, which will likely have a positive effect on other areas of Philadelphia, too. If you’re considering buying, 2016 might be a good year to get your toes into the real estate market in Philly, as home prices are expected to keep climbing. 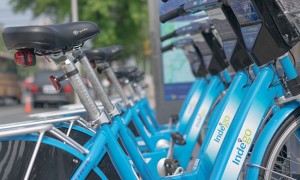 In April 2015, the city launched its first bike share program, Indego. Designed for everyone, from tourists to life-long residents, the city bikes program makes it easier to get from point A to B....
Amy Freeman Aug 19, 2015 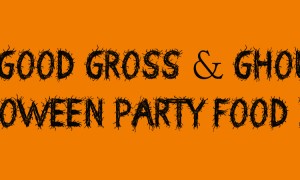