Move over Hollywood! The city of Rahway, New Jersey, is making its case for the birthplace of entertainers. Back in the 1990s, Rahway was hit by a huge storm. The city, in its rebuilding efforts, decided to develop an arts district.

Move over Hollywood! The city of Rahway, New Jersey, is making its case for the birthplace of entertainers.

Back in the 1990s, Rahway was hit by a huge storm. The city, in its rebuilding efforts, decided to redevelop its downtown area into an arts district, welcoming in a new culture. Since then, the city has helped to develop a few athletes, notably Kimberly Brandão, Earl Clark, and Antonio Garay. However, the first student of “the arts” to make it to the professional level since the redevelopment effort is Shanice Williams whom just starred in NBC’s production of The Wiz Live!

She has starred in many local productions that the community still puts on, including: West Side Story; You’re a Good Man, Charlie Brown; 42nd Street; and Pippin. Almost weekly, the arts district continues to allow their students to put on a play at one of its five locations within its four square miles. Shanice has taken advantage of performing at either the Public Library, Union County Performing Arts Center, Rahway High School, the Loft @ UCPAC, or the newer Hamilton Stage for the Performing Arts. Being located within the New York Metro area, this places this suburban city in a prime location to nurture and produce talent consistently.

It is evident that the city of Rahway has done a great job grooming Shanice Williams for this role. Last year she was awarded the Rising Star Award from Paper Mill Playhouse for her role in Rahway’s Crazy For You. There, she won in the category for Best Leading Actress in a Musical. Fast forward to this year, in order to get the lead role in this iconic stage play, Shanice had beat out hundreds of other aspiring actresses and singers at an open audition. The talent it took to stand out in an environment such as that must have been great. In addition, her role as Dorothy was previously played by legendary names such as Diana Ross and Stephanie Mills. And if that did not provide enough pressure, NBC had taken criticism for their first two attempts at live holiday productions. But after Shanice Williams December 3rd premier, I believe, along with many viewers, that she did an amazing job handling all of that.

We are sure that she will move on to bigger and better things. And we are just as excited to see what other new talent comes out of the city in the future. 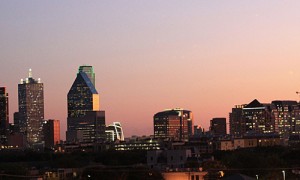 Inside the Dallas Arts District and Its Many...

The Dallas Arts District is a thriving urban community that offers a taste of metropolitan living in the heart of city. Here, residents have access to a diverse arts scene, excellent cuisine, and...
Lindsey Chamberlain Jun 5, 2014