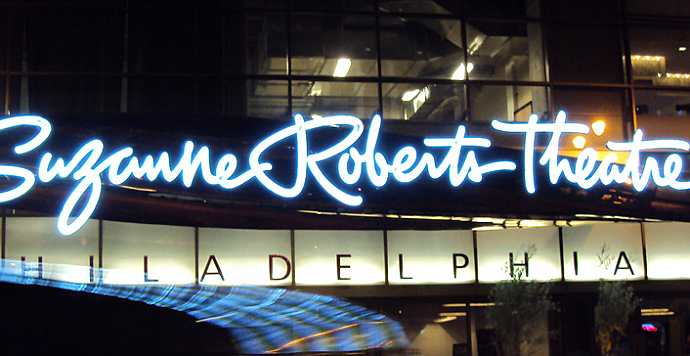 Exploring the Avenue of the Arts: Philadelphia’s Broad Street

The Avenue of the Arts is the center of culture in Philadelphia. Running across the city from north to south, it’s home to a number of theaters and performing arts venues, as well as restaurants and luxury housing.

New York has Broadway, London has the West End, and Philadelphia has the Avenue of the Arts. A stretch of Broad Street that runs from the southern part of the city to the north, the Avenue was conceived of in 1993 as a way of revitalizing the city. The street is overseen by a nonprofit organization, which has played a key role in creating theaters and other venues on the Avenue. Whether you’re looking to move to the city or just coming by for a visit, check out what Broad Street has to offer you.

Where to See Live Theater

If you enjoy the performing arts, Broad Street won’t disappoint. It’s home to venues both modern and venerable.

On the historic side of things is the beautiful Academy of Music, the current home of the Pennsylvania Ballet and the Opera Company of Philadelphia. It’s also where touring productions of Broadway shows stop when they come to the city. Built in the mid-1800s, the Academy was modeled after an opera house in Milan.

Broad Street is also home to a number of art schools and galleries. The Pennsylvania Academy of the Fine Arts is both a school and a museum with a permanent collection that features many well-known American artists. Located above City Hall on the Avenue, the museum is open six days a week, Tuesday through Sunday. The University of the Arts also has a number of galleries and exhibition halls along Broad Street.

One place you definitely need to check out on the Avenue of the Arts is Nineteen (XIX). Located on the 19th floor of the Hyatt at the Bellevue, the restaurant features large windows and balcony seating, so you can enjoy a lovely view of the city. The restaurant is open for dinner, as well as afternoon tea. You can also enjoy drinks and appetizers in its bar.

If you want a sweet treat or snack, head to Capogiro, located just a block from the Avenue of the Arts. Capogiro makes gelato from scratch and offers a range of different flavors every day. The café also features coffee drinks, baked goods, and sandwiches.

If you want to call the Avenue home, you’ll find a number of residential options on Broad Street — whether it’s high-rise condos or pet-friendly apartments with large picture windows. As you might expect, the swank housing here comes with such top-of-the-line amenities as swimming pools, gyms, parking, roof-deck hot tubs, and bike-share programs.

The organization behind the Avenue of the Arts has worked hard over the past 20 years to make this area a shining example of what Philly has to offer. Whether you want to catch a show, visit an art gallery, enjoy a great meal, or live in urban luxury, Broad Street is a destination worth exploring.