Roommates in NYC: Do, or DON’T?

Having roommates in NYC has often been a rite of passage for people new to the city who were struggling to make ends meet. They’d shack up with three or four roommates, and chop up floorplans so that they could afford to live in the greatest city on earth. After a few years, they usually saved up enough money to get their own places. Today, due to rising costs, people are living with roommates way longer than they ever would have in the past.

A recent New York Times article talked about married couples who seek out roommates to share expenses, and New York Magazine has done a series of articles about having roommates in NYC. Prices for NYC apartments and homes are so high that it’s become very difficult for people to break into the real estate market in the city on their own. Because they don’t want to leave the city, they resort to having roommates.

Can You Afford to Fly Solo?

If you can comfortably afford to pay your rent or mortgage every month without bringing your wallet to tears, you most likely won’t need to bring on an extra person to help with your monthly expenses. If paying your monthly expenses feels like you’re just barely winning a marathon every month, you might want to bring someone on, especially if you have the space. If you want to pack away extra money each month for a major purchase down the road or to knock out your debt, bringing on a roommate is an excellent way to drastically cut your expenses. Figure out what your long- and short-term financial goals are before you bring someone on board.

Consider a Roomie if You’re Away a Lot

Many New Yorkers have obligations that take them out of town for long stretches of time. Some of those people prefer to have roommates so that there’s always someone at home. This is especially true of people who live in buildings without doormen. They’re not comfortable leaving their apartments and possessions unattended for long periods of time. If you’re one of these people, getting a roommate would be one of the best moves you could make.

Get a Roommate if You Hate Being Alone

Some people’s idea of bliss is arriving home to an empty apartment, with nothing and no one to greet them save for a couple of plants and possibly a kitty and a bottle of white Rioja chilling in the fridge. Solitude is nirvana for them, and they couldn’t imagine life in any other way. For others, arriving home to a silent, empty house is cause for tears, binge-eating, and binge-watching. If you’re the latter, having a roommate may be the best thing you could do for yourself. A roommate in this instance can take the place of family members for people who live far away from their own relatives and who hate living alone.

If you do make the decision to get a roommate, don’t make your choice lightly. Crazy roommate stories are real, and once you have someone living in your space or sharing a lease with you, it can be extremely difficult to get out of it if things go south. Sure, some people have had success rolling the dice and going through Craigslist, but save yourself a load of grief and frustration and choose your roommates by going with friends’ recommendations or using reputable roommate services, including Diggz, the Listings Project (awesome if you’re looking for affordable creative work space as well), and Roomster.

What Does Art Basel Have to do with Real Estate? Danny and Hillary Hertzberg of The Jills® Tell Us.
3 DIY Home Improvement Projects Under $250: Inexpensive Ways to Make Your Dallas Home Impress 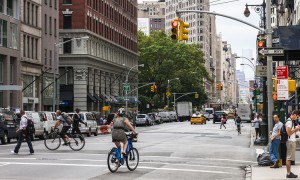 Roommates in NYC: How to Get a Good One!

Roommates in NYC: Finding one can feel like finding a very special needle in a very big haystack. You may want to give in and just choose the first person who hands over the rent. Don't do that; you...
Sakai Blue Apr 30, 2015 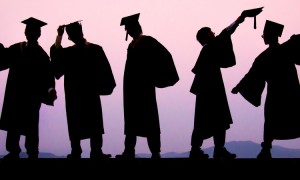 When it comes to NYC rentals, new grads don't know what they're in for. The NYC rental market can be brutal if you don't come prepared. Listed are a few tips that can help new grads make the Big...
Sakai Blue Sep 10, 2015 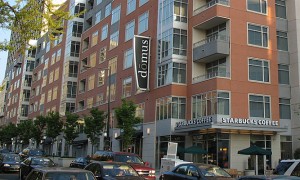 Meet Your Match: Find a Roommate in Philly

Getting a roommate can mean paying less on rent and utilities and making a life-long friend. In Philadelphia, there are plenty of ways to find a roommate. Choose your roomie carefully to avoid...
Amy Freeman Nov 8, 2013
https://6nb29bly7g.execute-api.us-east-1.amazonaws.com/ProdStage