Slideshow: Homes for the Ides of March

As many as 60 conspirators were involved in the end of Caesar, but we wanted to see how many homes on coldwellbanker.com alluded to the details of the Ides of March. Over 50 homes make reference to Caesar, but here are a few that really stand out:

Beware the Ides of March! If you’re name’s not Caesar, I’m pretty sure you’re ok, but today is one of the most famous dates in history as it’s the day Julius Caesar was assassinated. The story goes a seer warned Caesar about the ides of March being a day when harm would come to him. When March 15th came, Caesar saw the seer again and said “the ides of March have come” to which the seer replied “Aye, Caesar. But not gone.” And so Caesar met his demise.

As many as 60 conspirators were involved in the end of Caesar, but we wanted to see how many homes on coldwellbanker.com alluded to the details of the Ides of March. Over 50 homes make reference to Caesar, but here are a few that really stand out:

A home fit for Caesar this certainly is. Nearly 10,000 sq. ft of space, 7 bedrooms and 10 bathrooms make this quite a palace in LA. A great pool outside and of course a kitchen with Caesar stone counters, make this the place to entertain guests. Just be careful of anyone named Brutus. Currently listed by Linda May with Coldwell Banker Residential Brokerage.

Caesar was actually killed in a place called the Theatre of Pompey where he was attending a meeting of the Senate. However, those looking for a nice meeting place in modern day Pomepy, NY need not fear their gathering at this great home on top of a hill. Spectacular views in all directions and a 4 bay garage are just of few of its endearing features. Currently listed by Dave Pridgen with Coldwell Banker Prime Properties Inc.

Who is Caesar without Rome? And what is Rome without Caesar? Here is home in the place that made Caesar famous that is fit for a king. This home occupies the entire top floor of “The Ambassador Palace” This oasis of peace seems unreal and represents a rare example of traditional Roman artistry from the beginning of the twentieth century. Currently listed by Andrea Barbera with Coldwell Banker Immobiliare Gruppo Futura. 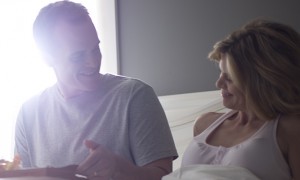 The Right AC Unit Makes a Difference in the Desert

Temperatures can really soar in Las Vegas. Your AC unit can mean the difference between enjoying your home in comfort or being miserable during the hot season when the mercury regularly rises above...
Terri D'Richards Jul 22, 2013

10 Homes Perfect for Vacations and Staycations

Vacation and staycation homes across the US
Lindsay Listanski Jul 23, 2013
https://6nb29bly7g.execute-api.us-east-1.amazonaws.com/ProdStage