It might be the most famous street in the city, where both locals and out-of-towners gather for food, fun and entertainment. Find out whether living in South Street, Philadelphia apartments is the right move for you.

Want to be close to all the action? Consider moving to one of the many South Street, Philadelphia apartments available. Once famed for its bohemian atmosphere, “the place where all the hippies meet,” the area is one of the city’s top tourist destinations. Although the street has changed a lot over the years, it’s still an action-packed spot with a lot to offer residents.

When you’re looking for an apartment, first think about whether a prospective neighborhood meets your daily needs before you consider the fun and exciting factors. There’s plenty of convenience to be found near South Street, Philadelphia apartments. The area has earned a high score on WalkScore, meaning you can complete most of your daily errands on foot, without relying on a car. If you need to pick up groceries, you have two options on South Street: Either head to the Whole Foods at 10th and South, or cross the street and pop into the Superfresh. Some people hit up both stores in a single trip. The street is also just a few blocks north of the Italian Market, which offers bargain-priced produce, meats and fish, and baked goods.

South Street hasn’t lost the element of strange, although a number of the old stores have closed. The street is still home to a number of quirky shops that you can’t find anywhere else, including record stores, vintage shops, and adults-only stores. Head to Retrospect for affordable vintage clothing and housewares, and browse the racks of records and CDs at Repo Records.

For a bit of South Street history, check out Eyes Gallery. Opened in 1968 by Isaiah and Julia Zagar, this store — which specializes in Latin American art — is a great remnant of South Street’s hippie past. Isaiah Zagar is also the artist behind the Philadelphia’s Magic Gardens, a wonderful installation of mosaics and murals a few blocks away. (You can see evidence of Zagar’s mosaic work up and down the street, too.)

If you aren’t one for making food at home or want to enjoy a nice meal out from time to time, South Street has a lot of options. Casual picks include Jim’s Steaks, which often has a line out the door, or popular hot dog joint Hot Diggity. The area also offers a number of vegan and vegetarian options, including Maoz, a fast food chain from Amsterdam, and Blackbird, a vegan pizzeria. Beer lovers should head to Tattooed Mom or Manny Brown’s, which offer a great selection of bottled and draught beers. Over near Penn’s Landing, Las Bugambilias offers authentic Mexican food.

Life on South Street seemingly never slows down. The street hosts a number of annual events that can make living there even more exciting. Although some celebrations have toned down over the years, they’re still a big draw. German bierhall Brauhaus Schmitz celebrates Oktoberfest with an outdoor festival each year. The restaurant also hosts a yearly Karneval, which is the German version of Mardi Gras. A relatively new event for the area, the Spring Festival features food from South Street restaurants, as well as performances by local musicians and shopping opportunities.

If you want to get a full taste of the excitement of city living and the quirkiness of Philadelphia, consider calling South Street your home. 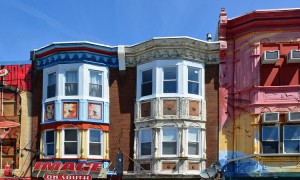 South Street has long been an important part of Philadelphia's social and cultural scene. While the street has changed over the years, its popularity has remained constant. Check out all the things...
Amy Freeman Feb 2, 2015 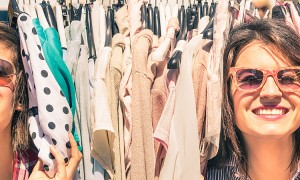 Shopping in Philadelphia: There’s Something...

If you love to shop, Philadelphia is a great city for you. Whether you're interested in checking out small boutiques or want access to designer clothing and styles, shopping in Philadelphia can be a...
Amy Freeman Dec 19, 2016 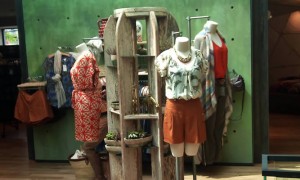 Clothing Stores in Philadelphia: Where the...

Whether you're looking for something classic or trendy, clothing stores in Philadelphia will have what you want. Here, we explore Old City, Center City, and South Philly, a few of the best...
Amy Freeman Jun 3, 2014
https://6nb29bly7g.execute-api.us-east-1.amazonaws.com/ProdStage