You know her as the star of ABC’s Shark Tank. In Las Vegas, Lori Greiner will share her expertise to help you prey on the competition and win business.

← Go back to the Gen Blue page

Real estate professionals know a thing or two about entrepreneurship.  You are out there like a predator trying to find the next opportunity to feed your business.  At the 2017 Generation Blue Experience, we are bringing a shark to the desert to help you prey on the competition – Lori Greiner of Shark Tank.

Lori Greiner began with an idea for a plastic earring organizer and went on to patent the product and grow it into For Your Ease Only, Inc., a multi-million dollar international company where she serves as president. Since launching the company in 1996, Greiner has created over 500 products, and holds 120 U.S. and international patents, regarded as one of the most prolific inventors of retail products.

A star investor on ABC’s 3 time Emmy Award-winning business show, Shark Tank, Greiner appears each week to help start, grow or save businesses and turn dreams into realities. She continues to prove her ability to recognize if a product is a “hero or a zero”, as several of her Shark Tank investments are the highest success stories on the show to date. A well-known celebrity personality on QVC-TV, Greiner has hosted Clever & Unique Creations by Lori Greiner for over 16 years.

The author of the national bestselling Invent It, Sell It, Bank It!, Grenier draws from her success as an inventor to reveal her strategies for turning an idea into a million dollar reality. She has been profiled in a range of leading outlets, including Financial Times, Forbes, and on CNBC and Bloomberg.

An expert on patenting and a regular speaker for the United States Patent & Trademark Office, she is hands-on in all facets of launching a product, from concept to creation to market within months.

A strong believer that those who are lucky enough to be successful have a responsibility to give back, Greiner’s most gratifying moments come when she is able to help budding entrepreneurs achieve the same success she feels lucky enough to have enjoyed.

It's Shark Week people. In homes across the globe, people flock to their televisions to watch countless hours of what is probably everyone's nightmare. While none of us hope to ever meet one in...
David Marine Aug 7, 2013 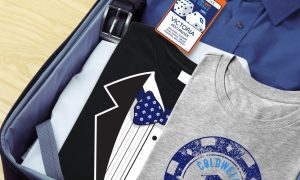 Everything You Need to Know: Gen Blue 2017

Get the full rundown of everything you need for the biggest Generation Blue Experience in a decade.
Sam Shalom Oct 6, 2017 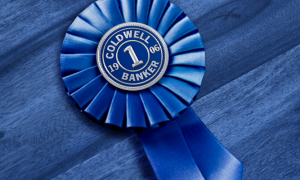