Guests revel in good times, parties, and concerts as professional snowboarders come to Vail for one of the world’s largest snowboarding competitions. Vail village will host large concerts and nightly “official events.”

Vail has a current base depth of 55 inches and 242 inches of snow so far this year. The mountain is in top-notch condition, 100 percent open, and ready to host the 2016 Burton U.S. Open. Add in a big snow sport brand sponsor such as Burton snowboards, 14 million gallons of water to create a 23-foot-high half pipe, and you have the beginnings of an incredible event.

Starting February 29th, Gold Peak base area comes alive for a few days. Snowboard riders such as Shaun White and Chloe Kim, will compete for almost $350,000 in prize money. Shaun will be going for his sixth U.S. Open gold medal and rumor has it, this may be one of his last. Talented Chloe Kim, only 15 years old and a 2016 X Games gold medalist, will also be competing. The 2016 U.S. Open will also feature long time fan favorite and U.S. Olympian, Kelly Clark. Guests of Vail typically explore all 5,000 acres early and eventually slide over to the terrain park by early afternoon. Often spectators camp out on top of the half pipe for amazing views of both the riders and the mountain backdrop.

For weeks highly skilled snowcat operators have been carving some of the largest jumps ever seen in competition. Professional riders from around the world will be in Vail as it hosts the 34th annual U.S. Open snowboard competition. The “USO,” as people in snow biz prefer to call it, is in its third year at Vail and is known for its fun and competitive atmosphere. Large touring acts will be performing in Vail village nightly. In fact, this year sponsors have put together a line up to include such stand out acts GRiZ, Big Grams, The Bright Light Social Hour, and The Sheep dogs. Come have some fun in Vail.

Check Out the Properties

Chris McDonnell is a 17 year Vail, Colorado local who represents unique and one of a kind mountain homes and properties surrounding the Vail Valley. Chris specializes in the villages of Vail, Beaver Creek & Cordillera, Colorado.

Patios, Patio Space & What It Can Do to Help Sell a Luxury Home
Buying a Short Term Rental Property: 7 Tips and Tricks 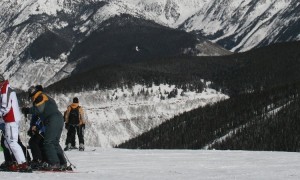 Vail Begins Its 53rd Ski Season, Are You Ready?

Known for it endless bowls filled with champagne powder, Vail begins its 53rd ski season on November 20, 2015. With it comes a bevy of activity on and off the hill. Here are a few tips and tricks to...
Chris in Vail, CO Nov 10, 2015 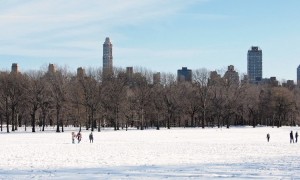 The Best Ways to Spend Snow Days in NYC!

New York snow days are the best! With ideas for everything from the best breakfast to finding the perfect sledding hill to fun indoor activities, here's how you and your kids can make the most of the...
Ginnie Leeming Jan 25, 2016 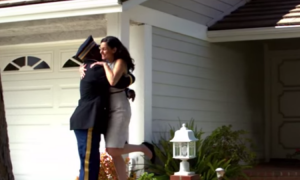 Today, we wanted to take the opportunity to recognize all of the homegrown heroes who dedicated their lives to protecting the sacred place we call home.
Victoria Keichinger Nov 11, 2015
https://6nb29bly7g.execute-api.us-east-1.amazonaws.com/ProdStage