Vote for the Greatest Coming Home Scenes in Movie History

The Academy Awards season is upon as hit films from 2013 and many you’ve never heard of are nominated for various awards. We’re excited about this time of year because we are debuting our second TV ad of 2014 on the Oscars. So movies are top of mind for us of late.

The Academy Awards season is upon as hit films from 2013 and many you’ve never heard of are nominated for various awards. We’re excited about this time of year because we are debuting our second TV ad of 2014 on the Oscars. So movies are top of mind for us of late.

As we looked across the films nominated for Best Picture, we noticed none of them had a scene featuring one of the greatest emotional moments that can be depicted on film – coming home.

The feeling of joy, raw emotion and delight that you experience when you come home is something we at Coldwell Banker hold very dearly. It’s a feeling we want everyone to experience, but sometimes just seeing it on film can conjure up those same emotions. Countless movies over the course of history have showcased this in some of the most memorable moments in Hollywood history. In fact there are way too many that we had a tough time picking which one is the best.

The nominees are:
1. Dorothy Comes Home from The Wizard of Oz
2. Returning Home to Earth from Apollo 13
3. A Home Reunion from Home Alone
4. Allie Comes Back Home from The Notebook
5. A Soldier Returns Home from The Best Years of Our Lives
6. The Ending of Planes, Trains and Automobiles

Vote for your favorite movie scene below or if you think we overlooked one that should be in the top 5, let us know in the comments. Voting is open until 12 a.m. EST on 2/25. Vote as often as you like and we’ll unveil the winner right here on 2/27.

Best Homecomings in Movie History: Home Alone
7 Home and Office Technology Trends from the Movie 'Her'

And the Winner of the Best Coming Home Scene in...

A journey back to earth from the dark edges of space is overwhelmingly viewed as the greatest coming home scene in movie history according to our readers. Apollo 13 launched a commanding lead early...
David Marine Feb 26, 2014 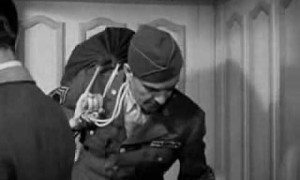