Tucked away in the north west corner of Philadelphia, Wynnefield, PA, has a long history. The home neighborhood of several celebrities, include Will Smith, Wynnefield is a close knit community that has lots of amenities.

When you’re looking for a neighborhood to live in Philadelphia, you most likely look at available amenities, convenience, and overall cost of living. Wynnefield, PA, a neighborhood on the northwestern edge of the city, has a lot to offer current and future residents. The former home of stars such as Will Smith and Lee Daniels and the home of many past mayors, Wynnefield has played an important role in the city for many years. It might be the perfect neighborhood for your next home.

Wynnefield is named for a person, Thomas Wynne, the personal physician of William Penn. Back in the 17th century, Wynne built a large estate, Wynnestay, at what is today 52nd Street and Woodbine Avenue. The neighborhood was its own town until the middle of the 19th century, when it decided to merge with Philadelphia and take advantage of the city’s fire and police departments, according to the Preservation Alliance.

Although the neighborhood was once largely farmland, the creation of trolley routes and train lines helped speed its development and made it a desirable place to live. When Fairmount Park, which borders the neighborhood to the east, was first created, many of the former farms in the area were turned into park land.

Wynnefield has plenty of amenities to make daily life comfortable and convenient. The neighborhood is well served by public transportation. SEPTA bus routes 40, 44, 52, and several others drive through the area. Limited train service is available on the Cynwyd regional rail line, which stops at Wynnefield Avenue Station.

Wynnefield has its own branch of the Free Library, and its own residents association, which offers community development, professional services, youth services, and home assistance to people living in the neighborhood. Although much of the neighborhood is residential, there is a large commercial area along City Avenue, which has plenty of big box and department stores, grocery stores, and restaurants.

Fairmount Park is a stone’s throw from the neighborhood, as are several amenities in the park. For example, the Mann Center for the Performing Arts, is within walking distance or a short bus ride away. The Mann Center hosts many concerts in the summer and is the summer home for the Philadelphia Orchestra.

If you want to live near one of the largest parks in the country, have plenty of transit options at your door step, and all the conveniences of modern life, you might want to check out the homes available for sale or rent in Wynnefield.

4 Christmas Tree Tips for Your Most Majestic Tree Yet
Dumbo NYC: Things to Think About Before You Move There 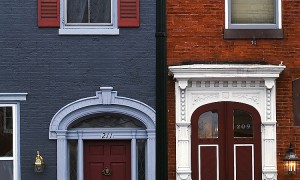 A Look at the Pennsport Real Estate Scene

Pennsport, in South Philadelphia, is one of the city's hottest neighborhoods. From parks to new restaurants, take a look at what life looks like in Pennsport and at what's attracting new buyers to...
Amy Freeman Nov 23, 2016 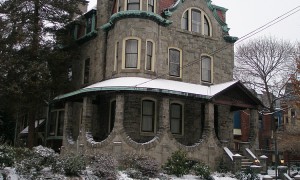 Looking to live somewhere in Philadelphia that's a little more unique? Then Cedar Park is probably the neighborhood for you. Located in West Philly, the area is known for its off-kilter vibe and...
Amy Freeman Sep 5, 2014
https://6nb29bly7g.execute-api.us-east-1.amazonaws.com/ProdStage