Work-Life Balance and Living in Vermont

With a population that values getting outdoors — from cross-country skiing within Burlington’s city limits to pitching in at a community garden — it’s no surprise that the region has won awards for its quality of life.

With a population that values getting outdoors — from cross-country skiing within Burlington’s city limits to pitching in at a community garden — it’s no surprise that the region has won awards for its quality of life. Living in Vermont definitely has its perks.

Maintaining a healthy work-life balance is vital not only to employees in Vermont, but also to the Greater Burlington area’s employers. After all, the region increasingly attracts out-of-state transplants seeking equilibrium between their personal and work lives. Here’s a little insight into what makes living in Vermont so desirable.

Vermont, and particularly Burlington, have been named to many top national lists from Best Places to Live to the Best State in America for Healthy Kids. But did you know that Burlington as ranked #9 for “Most Innovative Tech Hub in the U.S.” by NerdWallet and Top Ten for Clean Tech by Clean Edge, Inc.?

Perks of the Job

Burlington-area residents are aided in achieving a healthy lifestyle by many of the region’s top employers.

University of Vermont, Champlain College , and other top Burlington employers offer gift cards to local stores for employees who walk or bike to work.

While Vermont’s agricultural background remains important to the state — maple syrup farms and cheese making abounds throughout the region — the Burlington area also has a long tradition of technological innovation.

With a highly educated population, Burlington has quickly become one of the most wired cities in the U.S., with Men’s Health ranking the city as the 13th most socially networked city, surpassing larger metropolises such as Los Angeles and Miami.

Healthcare remains a large employer in the Burlington area, with the University of Vermont Medical Center employing more than 6,000 people in its hospitals and medical centers serving patients and their families in Vermont and northern New York. Providing cutting-edge healthcare technology, GE Healthcare in South Burlington employs several hundred people.

Aside from the education and technology employers, Vermont is also known for its focus on high-quality food products. Ben & Jerry’s, after all, got its start in a former gas station in Burlington. Burlington-based Lake Champlain Chocolates is winning converts around the country with its lines of organic chocolates, Vermont-inspired treats, and other specialty chocolates.

If you’re ready to get started, check out the Living in Vermont resources available through Coldwell Banker Hickok & Boardman Realty. One of the greatest things about our area is the endless networking potential. In a small state the adage that “someone knows someone” is very true. So if you’re considering the area — give me a call, I’m happy to connect with you.

After ten fast-paced years on Wall Street as a currency trader, Brian and his wife left their hectic Manhattan lifestyle to raise their children in Burlington, Vermont, Brian’s home town. Today, as a Realtor and Co-Owner of Coldwell Banker Hickok & Boardman Realty, Brian is regarded throughout the community for his in-depth knowledge of the Greater Burlington area and market expertise. Specializing in Burlington Historic Hill Section property, waterfront homes on Lake Champlain, luxury property, and townhomes - Brian has consistently ranked as a leading Agent in Burlington, Vermont.

Non-Toxic Cleaning Products for Your Home

Part of creating a happy and comfortable home is keeping everything fresh and clean. Naturally, this requires the use of cleaning products. Here are tips on finding non-toxic cleaning products to...
Jacqueline Clair Dec 5, 2014 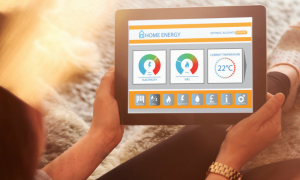