You Know You Live in Dallas If…

Even though it’s not the way it’s often portrayed on television, there is a certain “Dallas aura” attributed to the citizens of this mega-city on the Texas plains. You know you live in Dallas if you do the following.

There are certain traits that Dallas residents share. This may sound like the opening line of a joke, but there are certain tendencies specific to those who proudly call this Texas city home. Texans in general are known for taking their state history and heritage seriously, celebrating its diversity from the beaches to the oil fields.

But to get specific, you know you live in Dallas if you do any of the following:

If you’re not a Dallas native — just as many residents are not — it’s not difficult to fall into the local mindset. You may have to practice some of the local expressions, but you can be sure that plenty of residents are willing to help you. This is the “real deal” after all, and when someone says to you, “Y’all come back now, y’hear?” it is generally a sincere request.

And finally, if you live in Dallas, you know that no matter how nice it is, Fort Worth is a separate city.

A Minor League Baseball Family Fun Guide
PMI: What to Know Before Buying Your Philly Home

While Texas may be known for its famous country musicians, the state also boasts a deep rock-and-roll and blues legacy. Dallas-Fort Worth locals and visitors have an abundance of musical festivals...
Lindsey Chamberlain Sep 24, 2013 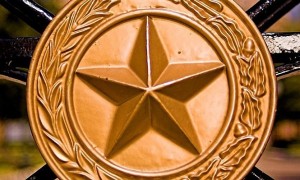 Texas is big enough to encompass a variety of tastes in art and books. Fill your bookcase with varied examples of the state's history and diversity, and enjoy the many examples of art available from...
Adrienne Cohen Oct 28, 2013

Much of the public art displayed in the Dallas-Fort Worth Metroplex has the area's history, particularly its Western roots, as a subject. But not all of it. The two cities share a tradition of...
Adrienne Cohen Sep 23, 2013
https://6nb29bly7g.execute-api.us-east-1.amazonaws.com/ProdStage