4 Homes That Should Be in the New James Bond Movie

With the new James Bond movie hitting theaters tomorrow, we take a look at 4 homes that should have have been in it! Let’s take a look at these dashing homes in countries where filming actually took place – Italy and Mexico.

Everyone’s favorite sharply dressed, globe trotting and cool car driving secret agent is back in theaters this weekend with “Spectre“. As was the case in the previous 23 Bond movies, Spectre features out of the world gadgets, epic fight sequences and of course – exotic locales with beautiful homes.

A cryptic message from the past sends Bond on a secret mission to some of the world’s most beautiful countries – Mexico and Italy! While we’re not sure if these four homes were featured in the film, we’re pretty sure these fabulous estates would suit Bonds’ discerning tastes nonetheless. Let’s take a look. This $13.5 million dollar villa was featured as a ‘Home of the Week‘ for a reason – and all you need to do is look at that world-class view to know why. The premier estate was constructed with wining and dining in mind, as its two kitchens allow for catering for up to 200 people. I can see Bond throwing a party here under the guise of getting closer to one of his potential targets. Casa Tokase is an obvious architectural masterpiece that wonderfully fits Mr. James Bonds’ penchant for the finer things in life. This $8.9 million dollar estate features 5 bedrooms, waterfalls, a home theater, breathtaking views and a gym for keeping in shape in between top secret spy missions. Don’t let Bond’s suave and sophistication fool you, his childhood roots at Skyfall mean that he’s originally from a home that offered up a more rustic and spacious feel than you might expect. This historic property is right up Bond’s alley and was owned by famous film producer Carlo Ponti, husband of Sophia Loren. This enormous estate was also home to Hollywood heavyweights like Michael Douglas and Charlton Heston. While James Bond’s preferred drink may be a Martini (shaken…not stirred), we’re sure he enjoys a robust glass of chianti from time to time. So much so that we’re guessing he’d have his sights set on this $7.6 million dollar castle that also happens to be a renowned vineyard as well. The home is astonishing as are the fertile grounds that produce wonderful grapes and olives year round.

If you can’t tell, we’re just as excited to see what homes will be featured in Spectre as we are to see the action packed sequences we’re sure to get. The newest installment in the classic James Bond franchise hits theaters tomorrow! Let us know which of these houses you’d rather call home. 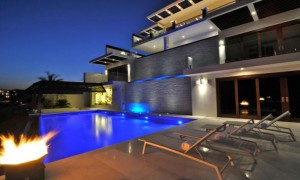 Spotlighting a One-of-a-Kind Mexican Oasis in...

In honor of Cinco de Mayo, we're showing you the most beautiful home you'll see all day.
Lindsay Listanski May 5, 2014

The Many Homes of Bond…James Bond

The folks over at "Bond Lifestyle" do a great job of chronicling some of the most beautiful homes Bond has stayed at throughout his extensive travels. We wish we could visit all of them, but here are...
Gustavo Gonzalez Nov 8, 2012 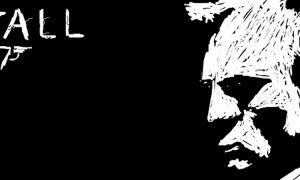 Skyfall is being heralded as the best James Bond movie of all time (although I'm still partial to Casino Royale) and is currently nominated for 5 Academy Awards including best cinematography, best...
David Marine Feb 13, 2013
https://6nb29bly7g.execute-api.us-east-1.amazonaws.com/ProdStage