4 Reasons to Make Thailand Your Next Home Away from Home

Thailand is an extraordinary country for not only travelers, but potential home buyers as well. Here are four reasons why you should consider making this top travel destination your next home away from home.

Thailand. It’s the Southeast Asian country sitting at the top of everyone’s bucket list. Perhaps you’ve seen The Beach or The Hangover Part II, where the pristine sands of the south and the chaotic Bangkok capital are glorified on the Hollywood screen. The country’s portrayals are often as notorious as they are beautiful, and have led to consistently high tourism rates. Bangkok alone is projected to host 18.24 million international visitors in 2015. So what exactly has made it one of the top visited countries in the world year after year, and why do so many people never leave?

They say travel is the only thing you buy that makes you richer. But let’s face it, travel can also make you very poor. The good news? Not all countries will break the bank.

One of the top reasons Thailand attracts foreign travelers and buyers is because Western money stretches quite far. 1 USD typically exchanges for 32–36 THB, or Thai baht. A few general points of reference (all numbers are estimates):

As if the celebrity budget you’ve acquired overnight isn’t enough, add some of the most beautiful landscapes in the world to the list of pros. Along the coasts, you will find white sandy beaches and warm turquoise waters, often set amongst a backdrop of magnificent limestone rock formations. There is no shortage of exotic islands to visit, some of the most popular including Koh Samui, Koh Phi Phi, Koh Phangan, Koh Tao, and Phuket.

If idyllic beaches aren’t your cup of tea, there’s an array of national parks, waterfalls, forests, and mountains to explore. Thailand welcomes beach bums, divers, rock climbers, foodies, backpackers, luxury seekers, and everyone in between. April and May are the hottest months, with a typically rainy June to October. The dry/cool season lasts from November to February, but don’t be fooled. Thailand’s definition of “cool” is still hot by most people’s standards! Temperatures in the cool season range from the high 80s to low 70s. In addition to affordability and stunning landscapes, consider Thailand’s most charming of qualities: the culture. It won’t take long to spot one of the over 40,000 Buddhist temples that adorn the beautiful country. Explore Bangkok’s Grand Palace, the historic 18th century home to the Kings, or travel a bit north to the ancient capital city of Ayutthaya, where you can ride bicycles through the fascinating ruins. Take a traditional Muay Thai class or visit in April to celebrate Songkran, the Thai New Year. Countrywide water fights will give you an excuse to play with Super Soakers again. Who doesn’t love a good meal? Visit a night market and try assorted Thai dishes and delicacies. Pad Thai (Thai style fried noodles), Som Tum (spicy green papaya salad), and Khao Pad Guy (fried chicken with rice) are among the most popular. Your favorite Thai restaurant back home may not cut it anymore after you get a taste of the local cuisine. Oh and of course if you’re feeling extra adventurous, there’s always a fried scorpion to be found.

If you have any questions about buying a home in this amazing country, contact the Coldwell Banker Thailand team or check out coldwellbanker.co.th for listings.

Lauren Carey is Franchise Development Manager and Social Media Manager for Coldwell Banker Thailand. Lauren grew up in Massachusetts, where she developed a love for the ocean and a knack for the word “wicked.” She spent 4 years cheering on the UCONN Huskies and kick-started her career in Boston before moving across the globe. She now resides in Bangkok, Thailand where she can be found instagramming and plotting weekend getaways. 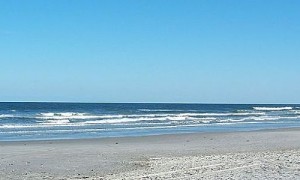 Escape for a day or weekend to the beaches in the Jacksonville area. From quiet secluded areas for sunbathing or surf fishing to busy, wide open sands, something for everyone can be found along...
Jenn Hawkins Jul 29, 2013 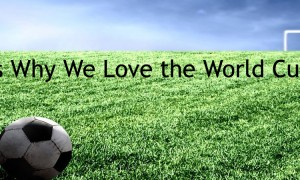 We can't wait to see who will win this year's World Cup, but there are a few other reasons why we're excited about the 2014 installment of the greatest sporting event on Earth.
Gustavo Gonzalez Jun 12, 2014

Home of the Week: A Vacation Home in St. Tropez

With heat indexes in the Northeast reaching triple digits, it is only right that we cool off by taking a trip to celebrity favorite St. Tropez for our newest 'Home of the Week'.
Gustavo Gonzalez Jul 16, 2013
https://6nb29bly7g.execute-api.us-east-1.amazonaws.com/ProdStage