5 Cities with Low Rent, But High on Fun

If you are the type of dweller who is drawn to the big lights and constant action of the city, you may have noticed that living in the city comes with a hefty rental price tag. Luckily, you can still find cities with low rent and lots of action.

For those drawn to the big lights and constant action of the city, you may have noticed that living in the concrete jungle tends to come with a hefty rental price tag. The good news is, you can still find plenty of vibrant cities with low rent if you’re willing to venture outside the country’s largest metropolises. In fact, we’ve wrapped up five cities, as reported by the United States Census Bureau, that will still give you the nightlife, action, and vibe of the most expensive cities, but allow you to keep more of your hard-earned money in your pocket.

No mention of bright lights would be complete without reference to Vegas, and with a population of 603,488 it certainly makes its mark as a mid-sized city with a mammoth nightlife. Though for many people tourism and gaming are the only industries, Vegas is also home to many manufacturing, mining, and aerospace outfits with significant economic impact. With several things to do and see for little more than pocket-change and iconic landmarks such as the Hoover Dam and the Grand Canyon on your doorstep, Las Vegas checks a lot of boxes.

Once the fourth largest city, at the turn of the last century (it was even chosen to host the 1904 World’s Fair), St. Louis has a surprising amount of culture and history within its city limits but is now considered small by city standards with a population of 315,685. With a varied economy that supports food manufacturing, aviation, telecommunications, and biotechnology, St. Louis is smart and cultured. And if that doesn’t convince you, maybe the local delicacy — toasted ravioli — will. It may be deep fried, but as appetizers go, locals say it can’t be beaten.

One of the most picturesque cities on the list, former Olympic host Salt Lake City has a myriad of natural places to visit and get outside. Great Salt Lake, where the city derives its name, and Big Cottonwood Canyon are just two locations that locals love to explore, and with a population of 1.15 million city dwellers to do it with, you’re sure to meet new people. Salt Lake recently ranked 5th out of 150 places to find a job and was number one for most new job opportunities, as reported by WalletHub. Salt Lake City is the retail and wholesale capital of the country and has a robust construction industry, and some fascinating liturgical landmarks, as the global headquarters of the Church of Latter Day Saints.

Buffalo makes the list due to its successful sports franchises, and fantastic food. (Buffalo wings, anyone?) It’s also a reasonable place to live with a modest population of 258,703 in 2016. Its main industries are in the construction trades, light manufacturing, and service industry — but what makes Buffalo great is its proximity to other world famous locations, such as Niagara Falls, Toronto, New York City, and Philadelphia.

Once known as the Steel City, Pittsburgh is widely known as the home of champion sports franchises, such as the Steelers, Penguins, and Pirates, and is a haven for sports fans. It is also the largest city on the list at a whopping 2.62 million people as of 2016. Given its worldly prestige and size, Pittsburgh is one of the best cities with low rent, with prices rivaling Buffalo and Salt Lake City. 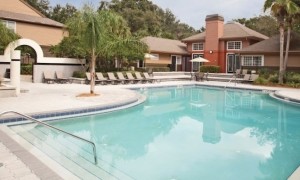 Las Vegas has a large inventory of apartment dwellings in the heart of town and throughout the Valley. Rents are generally reasonable, especially if you compare with major metro areas such as New...
Terri D'Richards Dec 13, 2013 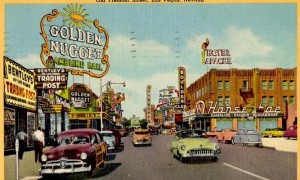 Old Vegas hasn’t Left the Building in These...

Vegas Vic, the iconic downtown neon sign, waving and winking from his perch outside the Pioneer Club -- classic old Vegas images may now exist only in days gone by, but some neighborhoods still...
Terri D'Richards Jul 24, 2013
https://6nb29bly7g.execute-api.us-east-1.amazonaws.com/ProdStage