Above and Below Whiskeytown Lake

Whiskeytown Lake is located only eight miles west of downtown Redding, California, and is a favorite destination for vacationing families. Camping spots can be reserved for as long as a year ahead of time.

Whiskeytown Lake is located only eight miles west of downtown Redding, California, and is a favorite destination for vacationing families. Camping spots can be reserved as long as a year ahead of time. These sites are along located along the shores of the lake as well as inland. Reserving a camp site ahead of time will assure you a premium location. There really is nothing like waking up to a view of the calm sapphire blue water and a pot of coffee on the grill.

There are several popular sandy beaches, some with picnic tables and shallow swimming holes for families with small children. Brandy Creek offers a large beautiful beach with picnic tables, as well as a concession stand and public restrooms.

The Redding locals are able to take advantage of the close proximity to town and many take their lunch break at the lake. It takes only ten minutes to get there so within one hour, they can call ahead and pick up a sandwich on their way at the Old Mill House Restaurant, have lunch, and return to work feeling like they’ve been on a mini vacation.

Often, during the weekdays the lake looks nearly empty, especially during the school year. So, a lunch hour might have you looking out over what appears to be deep blue-green glass that goes on for miles without a ripple. It really can be breathtaking.

Many locals have patio boats and ski boats moored at Oak Bottom Marina but you can rent a boat, a party barge, or a paddle-boat by just going to the Marina or contacting them ahead.

Whiskeytown Lake is actually a man-made reservoir that was developed partly by flooding an old mining town known as Whiskeytown. The lake was dedicated by John F. Kennedy in 1962. The old town still remains under the water, along with portions of the old highway and moss covered building foundations. It is now a popular scuba-diving spot.

When you visit Redding, California, be sure to go to Whiskeytown Lake and on your way, stop in the little town of Old Shasta, that was once a robust gold mining town. Some of the old buildings still remain, such as the old bakery and the original jail where an outlaw was tried, convicted, and hung all at the same location. The jail is open to the public. The Shasta State Historic Park offers tours of what remains of Shasta City.

Bring the family, bring your tent, your fishing poles, charcoal for the BBQ, coffee pot, and grub and get ready to build some great memories on the shores of beautiful Whiskeytown Lake, a California Historical Landmark just outside of Redding, California. 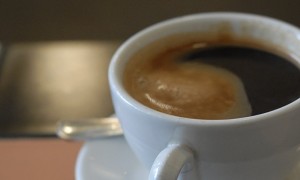 In Las Vegas, Coffee Is in the Cards

With many Valley residents working odd hours at casinos, caffeine simply comes with the territory in this city that truly never sleeps. Some unique spots around town let you get your Las Vegas coffee...
Terri D'Richards Sep 23, 2013 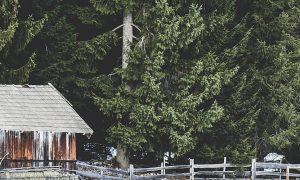 Redding is referred to as the last frontier of California, primarily for its affordable real estate. For many people, relocating to Northern California has been a dream, much like that of the first...
Debbie Webb Nov 3, 2017 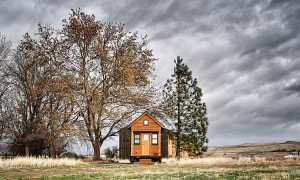 Small Homes, Large Living: How to Downsize While...

Whether you're looking for a back-to-nature lifestyle or you just want to take things back to the basics, smaller might be smarter. Redding's small-home trend is not about status, but focusing on a...
Debbie Webb Nov 13, 2014
https://6nb29bly7g.execute-api.us-east-1.amazonaws.com/ProdStage