Redding is referred to as the last frontier of California, primarily for its affordable real estate. For many people, relocating to Northern California has been a dream, much like that of the first settlers of California.

Redding is referred to as the last frontier of California, primarily for its affordable real estate. For many people, relocating to Northern California has been a dream, much like that of the first settlers of California. And getting out of the fast pace of living in a larger city is a big draw for retirees and families with children.

There are many affordable options of lifestyles to choose from in the city area.

If you want to start out like the early pioneers did, you only need to go to the outskirts of Redding to find land that has yet to be settled. Within 20 minutes of town, there are acres and acres of wilderness that seems to go on forever. People wanting to escape city life have discovered this last frontier. They’re giving up the conveniences of city living and choosing to live off the grid with nothing more modern than a generator.

Living Off the Land

Some of these places are in the middle of habitats for bears, bobcats, and deer. Hunting is not a sport for everyone, but many of these people rely on what they can “bag” for their winter meat. For some families there will be bear roasts and venison steaks on their winter tables.

Fishing season lasts year round in the North State. The lakes, filled with tourists in summer, belong to the local fishermen in fall. The lakes are home to trout and bass and fish is a main staple for many of the locals.

The Churn Creek Bottom is known for its good soil and there are large parcels of farmland that produce just about anything. In summer, strawberry stands line the country roads where fresh eggs and honey are also sold. There are orchards that allow people to pick their own fruits and vegetables for reasonable prices. Shasta College has a large piece of land where students interested in farming try their skills by growing a variety of vegetables. The produce is offered to the public for a small fee. And local fresh milk and cream are also available to the public.

Along about early October, Redding says goodbye to summer and hello to fall. The trees begin to turn colors and the leaves are curling just a little, in anticipation of cooler weather. Cookbooks are opened and pages marked for some down home cooking. Wood is hauled in for the winter fires. Life in the great North State is much like stepping back in time; back to where property prices are still affordable and the opportunity to settle and live off the land is still a possible dream.

fishing hunting living off the land

Fall Closet Cleanout: What to Keep, Toss, and Buy
How to Avoid the Top 5 Home Seller Mistakes 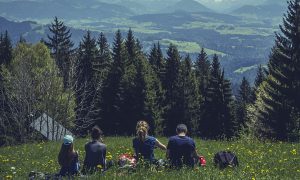 Known as the jewel of the North State, Redding is home to Shasta Lake as well as Whiskeytown Lake, the Sacramento River, and many other waterways, making it a popular vacation destination. And...
Debbie Webb Aug 29, 2017 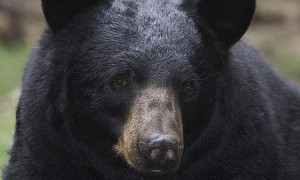 Seeking a serene place to go and get away from the hustle of city life? Redding is the "Last Frontier" in California, where unspoiled land can still be found and a person can live the dream of...
Debbie Webb Jan 26, 2015 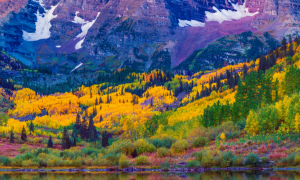 From the east coast to the west coast, check out our favorite places in America to enjoy the autumn pleasures.
Sharon Lee Sep 26, 2017
https://6nb29bly7g.execute-api.us-east-1.amazonaws.com/ProdStage