Alternative Cooling Methods to Beat the Heat in Dallas

More and more DFW homeowners are looking to alternative cooling systems. The summer months are by far the time of year when homeowners in Dallas/Fort Worth pay their highest energy costs. Geothermal, solar, and even old-fashioned methods can help.

More and more Dallas/Fort Worth homeowners are looking to alternative cooling systems. The summer months are the time of year when area homeowners pay their highest energy costs by far. With temperatures often in triple digits in July, August, and September, and more days than ever in the 105- to 110-degree range, cooling units get a real workout.

Geo Thermal Energy, a Dallas-area company, builds and installs earth loops for area homes to provide geothermal heating and cooling. The geothermal method provides year-round power by tapping into the ground under your property.

The ground maintains a fairly constant temperature year round because it absorbs almost half of the sun’s heat that hits the surface of Earth. This heat stays relatively consistent year round. Geo Thermal, and other companies like it, builds an earth loop, a special kind of heat pump that extracts heat from the ground in winter. In the summer, it extracts the warm air from your home. The warm air can be diverted to heat your water or is sent back into the ground.

Homeowners who want to invest in a geothermal system can get help with the installation costs through a number of local and state programs. Many can also get a rebate on their federal income taxes as well.

Homeowners who have solar power love watching their electric meters run backwards. In fact, some homes outfitted with solar produce enough energy that the electric company pays them!

The cost of solar panels isn’t cheap, but they have decreased in price over the last several years. Several local electric companies, including Oncor, will provide homeowners incentives for the start up costs, according to provider Longhorn Solar.

Depending on the size of your home, you’ll have to give up 100 square feet of roof or backyard space for the solar panels. Most installations require them to face south, but they can work well facing east or west, too. If you have a lot of shade around your home, solar power may not be a good option for you. Even a little bit of shade can affect the output of the solar panels.

During a mild summer, you can cut down on your air conditioning bill by using the methods that your great-grandmother did. Before air conditioning, homes were built to promote cross breezes. But even if you have a newer home, some of these alternative cooling methods can still lower your energy costs.

According to Reliant Air Conditioning, circulation is the key. During cooler mornings and evenings, open your windows to circulate air. You can add to the circulation with fans, including ceiling fans, window fans, or even box fans.

You can create your own evaporative cooler by putting a bowl of ice cubes in front of a fan. This alternative cooling method is really effective, but works best on days with lower relative humidity.

One way or the other, you can cut down on electricity usage while keeping your home cool. If you want to try any of these methods, do your research to determine the method that’s best for your home.

Alternative Cooling Methods to Beat the Heat in Dallas 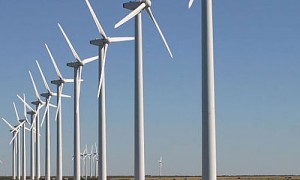 With hot summers and spells of cold winter weather, Dallas-Fort Worth homeowners need to keep energy conservation in mind year-round. Paying special attention to heating and cooling systems is a...
Tammy Valentine Dec 17, 2013 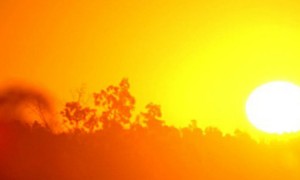 In a town where the sun shines an average of 300 days per year, why not use it to pay some air conditioning bills instead of just causing them. Solar panels will cut the average home's power bill...
Terri D'Richards May 10, 2014

One of the biggest trends to hit society has been energy conservancy or as the young people say, “going green.” While in the beginning the idea of going green seemed trivial, now there is no...
Lindsay Listanski Jun 13, 2013
https://6nb29bly7g.execute-api.us-east-1.amazonaws.com/ProdStage