Cypress Lake and the Paul and Lulu Hilliard Art Museum

There are several lovely landmarks in Lafayette, Louisiana, that visitors to the city do not want to miss. Interestingly enough, two are on the campus of the University of Louisiana at Lafayette. One of these landmarks is Cypress Lake.

There are several lovely landmarks in Lafayette, Louisiana, that visitors to the city do not want to miss. Interestingly enough, two are on the campus of the University of Louisiana at Lafayette: Cypress Lake and the Paul and Lulu Hilliard University Art Museum. ULL’s main campus sits on roughly 145 acres and is graced by Century Oaks on every block. On any given day you can find many people sitting around a swamp right in the middle of Lafayette. That’s right, a swamp in the middle of a city with a population of 120,623, according to the 2010 census. The swamp is at the heart of ULL and is named Cypress Lake.

Cypress Lake is complete with, you guessed it, Cypress trees and moss, native iris plants and, of course, alligators. One theory about Cypress Lake dates back to prehistoric times when herds of buffalo came through the area and their plodding around what is now Lafayette caused an indention in the earth that later collected water, which in turn caused trees and wildlife to grow and inhabit. Others believe that during World War II people were in fear that university campuses would be bombed. This fear lead them to believe that it was necessary to have a holding area for water. Thus, the lake was developed. The girls on campus were trained to haul buckets of water to needed areas. The boys did not participate in the bucket runs, because if the water was needed the young men would indeed be fighting a war. Today, it is common to see students taking much needed breaks from their studies sitting around Cypress Lake enjoying the sunshine and fresh air. Visitors are always welcome to take a stroll around the lake, but do not feed the alligators. They can be very aggressive and, if fed, may become used to it and come out of the lake searching for their next meal. Recently, one such alligator made several escapes and, according to The Advocate, his last ended with a visit to the library, where campus police captured him and then returned him to the lake.

Across St. Mary Boulevard from Cypress Lake is another landmark that visitors and residents of the Hub City like to frequent. The Paul and Lulu Hilliard University Art Museum on ULL’s campus may not have wildlife roaming its floors, but their art exhibitions are complete with local artists as well as artist from around the globe. The original building that housed the museum is a work of art in itself. It was built in 1967 by A. Hays Town. Town’s architectural style was directed by French, Spanish, and Creole Louisiana history. The new building that houses the museum is a premier facility with the paramount attributes that a modern museum goer can expect. Approaching the building you first hear the sounds of the breathtaking waterfall. Often used as a backdrop for bridal portraits and the occasional wedding ceremony, the 225-square-foot waterfall was designed by Eskew Dumez Ripple, an architectural firm out of New Orleans. The waterfall, which is in the middle of a limestone plaza, is the perfect bond between the old museum and the new modern museum. The glass exterior walls of the museum offer luring views of the exhibits inside. Once inside, there are several halls to visit and observe the stunning artwork. Within the walls of the museum is an extensive permanent collection that has been acquired and preserved. This collection remains in storage for safekeeping but pieces are brought out and displayed occasionally. You can learn more about the permanent collection here.

If life or travels lead you to Lafayette, a visit to ULL’s campus and the landmarks located there should be at the top of your to see list.

As a full time realtor I love working with people and tailoring home searches to fit your individual needs and desires. I am passionate about providing you with exceptional customer service before and after the sell or purchase of your home. I am a wife and mother of two active boys so I know how busy life can get. This is where my efficiency and time management skills kick in. Being a lifelong resident of South Louisiana especially the Acadiana area, I am in the know of current events as well as our rich history and culture. Read on if you would like to learn more about this amazing place I call home. 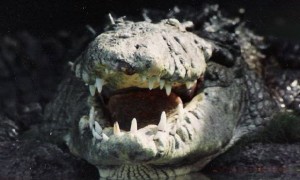 Where Do Alligators Live?: How to Tell Whether...

Buying a house in Jacksonville can be exciting, especially if you buy a house that includes a pond in the yard. With the good sometimes comes the bad. Here are specific signs to look for to ensure...
Debbie Pamplin Sep 30, 2013 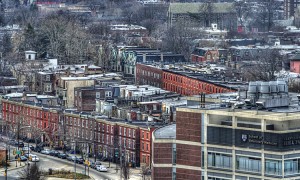 Residents of West Philadelphia tend to be proud of their neighborhood and all it has to offer. West Philly boasts a residential neighborhood vibe with grocery stores, small restaurants, and other...
Jennifer A. DiGiovanni Jul 3, 2014
https://6nb29bly7g.execute-api.us-east-1.amazonaws.com/ProdStage