East Coast Versus West Coast Living: What to Expect on Either Coast

Whether it’s the pull of the beach or the appeal of ivy-covered brick, there are several reasons you may want to consider life on the opposite coast. Here are five ways in which life is different on the East Coast versus West Coast to help you choose.

Whether it’s the pull of sun and sand or the appeal of ivy-covered brick and cobblestone streets, there are several reasons you may want to consider life on the opposite coast. Here are five ways in which life is a little (or a lot) different on the East Coast versus West Coast.

The average yearly high and low temperatures in San Francisco are less than three degrees higher than New York City. However, the difference lies in the humidity — which creates sticky-hot summers in the east, versus the typically dry west. Humidity also accounts for increased levels of both precipitation and snow — something that abounds in the east. Extreme weather events on the East Coast are primarily hurricane related, while the West Coast has to contend with an increased earthquake and wildfire risk. The East Coast also enjoys four full seasons of weather which, based on your personal tastes, may be a benefit or a hindrance. With a large finance-driven economy and several Ivy League schools, the East Coast is known for its long history, business-driven mindset, and a fast-paced life to match. The West Coast, on the other hand, originally settled by pioneering entrepreneurs, hoping to cash in during the Gold Rush, has a very different business culture, with high-tech and innovative start-ups dotting the much more laid back landscape.

The West Coast also has a unique nightlife that some East Coast transplants may find surprising — namely the early closing times of bars and clubs. Compared to New York City, California bars and clubs close at 2:00 a.m., meaning the nightlife tends to begin and end much earlier in places like Los Angeles. Happy hour is also not a regular feature of West Coast nightlife, as it’s tied to the nine-to-five working schedules typical in the east.

According to the U.S. Census, median house prices on the West Coast were near $150,000 cheaper than the Northeast in 2015. While those numbers are regionally based, they will also affect what you can buy for your dollar. Typically, larger cities in the Northeast, with limited land to develop, will see far more multi-unit housing and smaller properties. The west will garner larger lots and less division between indoor and outdoor space — something to consider closely when determining your lifestyle goals.

The architecture on both sides of the country contains very little overlap. Older home styles in the east, such as Colonial or Victorian will typically be made of brick, while similar vintage homes in the west will be stucco or wood (think San Fransisco’s Painted Ladies), as brick was traditionally expensive to transport across the country by rail. Homes in the east also boast traditional layouts and basements — to allow house-footings to sit below the frost level, compared to western homes that focus on above-ground living, as seen in Craftsman bungalows, Spanish Colonials, and flat-roofed contemporary properties. While the cost of living is typically considered more expensive in the east, mild western temperatures and long daylight hours make for reduced utility costs across the board. In fact, utility costs in Boston are 55 percent more expensive than San Francisco on average — making such costs an important consideration.

When deciding where to settle, it’s important to remember that with any new home purchase you are not just purchasing a new house — but the lifestyle that goes with it. Whether you crave endless summer or strolling through all the changing seasons, there is enough variety to make East Coast versus West Coast an equal decision. 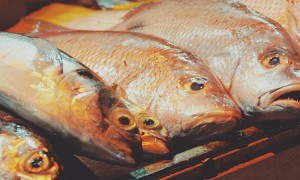 Farm Raised Versus Wild Caught Fish — What is...

What are the real differences when it comes to farm raised versus wild caught fish? Jennifer Hill of Local Abundance of Allentown, NJ provides some expertise on the matter that may change your...
Kevin Lawton Apr 22, 2016