In the third and final post of the series, we’ll explore how home ownership programs don’t stop at closing. Many programs, such as tax incentives, can help home buyers in the long run.

In the first post of the series we explored advantages to homeownership, and in the second post we learned more about government assistance programs aimed at home buyers. Next, we’ll see that the programs don’t end at closing – many homeowners enjoy government home ownership initiatives in the long run.

Probably the single biggest boost the federal government provides to homeowner affordability is through tax policies. Deductions for homeowners effectively lower housing costs, often making the difference for individuals between being able to afford a home or not.

Take a $200,000 mortgage. Even at the currently low interest rate of about 4%, the interest portion of a borrower’s $955 mortgage payment comes to about $667 a month. That results in a total of more than $8,000 a year that can be taken off your earnings in calculating your taxes, saving $2,000 a year for families in the 25% tax bracket.

Congress’s Joint Committee on Taxation estimated that the mortgage interest deduction reduced taxes for homeowners by $72 billion in 2014. And it doesn’t just affect the wealthiest Americans. About 83% of those taxpayers had less than $200,000 a year in household income.

Mortgage points are also deductible and can give homeowners a big break when they first need it — in that first tax year after they buy. Points are upfront cash paid to lower mortgage rates and the cash amount is deducted from gross income. Two points on a $200,000 loan is $4,000 and can lower taxes by $1,000 for that 25% tax bracket family. Even after they own the house a while and refinance the mortgage, homeowners who pay points can also deduct the costs of their points. These deductions, though, have to be strung out over the life of the loan.

Another tax break for homeowners is the property tax deduction, which is worth a lot more in some places than others. Homeowners in high property tax communities, such as Westchester County, N.Y., where the average homeowner pays about $10,000 a year in property taxes, can count on substantial savings of $2,500 or more on federal taxes alone.  Overall, according to The Joint Committee, 34.5 million households lowered their federal taxes by an aggregate more than $30 billion.

The feds even favor homeowners who profit from the sales of their homes. If you sell your main residence you can exclude up to $500,000 ($250,000 for a single taxpayer) in capital gains.

Compare how returns from investments in stocks or bonds are treated with how the government taxes real estate profits. If you bought Apple stock some years ago and made a profit of $200,000, you probably have to pay 15% to 20% of the profits back in taxes, depending on your income. Sell a house for $200,000 more than you paid for it and pay no capital gains taxes.

“That provides an indirect incentive for homeownership,” said Robert Dietz, chief economist for the National Association of Home Builders.

Helping those who need more help

These policies and programs have mostly been in place for a long time, but when the housing crash and foreclosure crisis put many homeowners in deep danger of losing their homes, the federal government reacted with a number of new directives to try to ease the pain.

One example of this was the Home Affordable Modification Program (HAMP) that lowered monthly housing costs for millions of homeowners in danger of foreclosure. HAMP modified existing mortgages by lowering the rates, reducing the mortgage balance or extending the loan term. Borrowers saved an average of $500 a month.

The program, which is set to end December 31, was for borrowers who met certain hardship criteria and had loans issued before 2009, for loans of less than $729,750. Hope Now, an alliance of government, lenders and charitable groups, claims that more than 1.6 million loans were successfully modified under HAMP.

Even homeowners who were able to keep current on their mortgages were able to benefit from a program spearheaded by the government, the Home Affordable Refinance Program (HARP). When homeowners had trouble finding lenders to refinance their high interest rate loans because their mortgage principals were higher than the current values of their homes, the government stepped in to help.

It allowed homeowners with Fannie Mae or Freddie Mac backed loans to save lots of money by refinancing to lower rate loans. An owner with a $200,000 mortgage on a house only worth $180,000 after home prices fell, could refi from a, say 7% mortgage, into one with a rate of just 4%. That could slash monthly payments by nearly $400.

Critics of some of these programs point to their shortcomings and failures. Many HAMP modified loans later ended in foreclosure, for example.

Without this government support, however, millions of consumers would not have been able to afford a home. Their American Dream would have been permanently deferred. 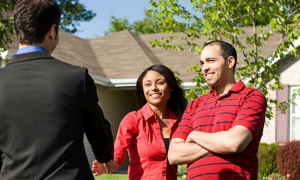 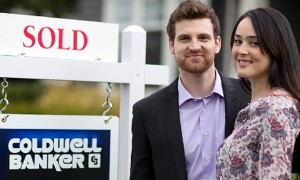 To understand Dallas property tax, you must first understand where the tax appraisal process begins and how it works. All Dallas property appraisals are handled by the Dallas Central Appraisal...
Charity Kountz Oct 22, 2013
https://6nb29bly7g.execute-api.us-east-1.amazonaws.com/ProdStage