The city of Philadelphia played an important role in the establishment of the United States. When you’re in the city, stop by some of the top historical sites in Philadelphia to learn more about the American Revolution.

The city of Philadelphia played an important role in the establishment of the United States. Today, many elements of this time period are carefully preserved in and around the city to enrich your knowledge of our country’s fight for freedom. If you’re a history buff and want to learn more about the events of the American Revolution that took place in the region, spend a day touring a few of these top historical sites in Philadelphia.

Tour Independence National Park, including Independence Hall, where both the Declaration of Independence and the U.S. Constitution were drafted. History-packed tours of the Hall are free, but you’ll need to pick up timed tickets in the nearby Visitor’s Center. Carpenter’s Hall, the site of the First Continental Congress, is also located in Independence National Park. Also, don’t forget to stop by the Liberty Bell center to see one of the most well-known symbols of freedom in America and learn the story of how the bell cracked.

From Independence Hall, it’s just a short walk to the National Constitution Center in historic Philadelphia. This museum offers an in-depth experience highlighting the U.S. Constitution and what the principles stated within this document mean to our country. Interactive exhibits make this museum a fun and educational experience for visitors of all ages.

Tour the house where Betsy Ross lived and learn more about the evolution of the United States flag. At this popular attraction, visitors can participate in an audio tour and “meet” Betsy Ross in person.

Stroll along Elfreth’s Alley, known as the nation’s first residential street, for a glimpse of Colonial life leading up to the Revolution. Visit the neighborhood museum or take a walking tour to learn more about the homes and the people who lived there.

Benjamin Franklin was an inventor, author, and politician who called Philadelphia his home. To learn more about Franklin and his role in the American Revolution, visit Franklin Court and the Benjamin Franklin Museum. The outdoor court contains a mock-up frame of Franklin’s house. Inside the museum, which opened in 2013, interactive exhibits celebrate the life of this famous American.

If you’d like to be immersed in living history, take a tour of Pennsbury Manor, in Bucks County. The home of William Penn is preserved and maintained to recreate the Colonial lifestyle of Pennsylvania’s founder. Find out how daily chores were completed, learn Colonial arts and crafts, and visit the gardens surrounding this mansion situated along the Delaware River.

In Montgomery County, Valley Forge Park reconstructs the history of American soldiers who fought in the Revolution. George Washington and his army camped there for six months during the Revolutionary War. See Washington’s headquarters and the log cabins many soldiers called home through the winter. Hike or bike the trails and stop in the Visitor’s Center to learn more about the history of the park.

Washington’s crossing of the Delaware River during a bleak winter was an important turning point in the American Revolution. This historic event is still reenacted every December in Washington Crossing Park. Take a guided tour of the historic homes located in the park, including the Thompson-Neely House, which functioned as a hospital when Washington’s army set up camp in the area.

In addition to the historical sites in Philadelphia mentioned above, look for special events held in the city commemorating our country’s fight for independence, including the Welcome America festival which takes place around the July 4th holiday. 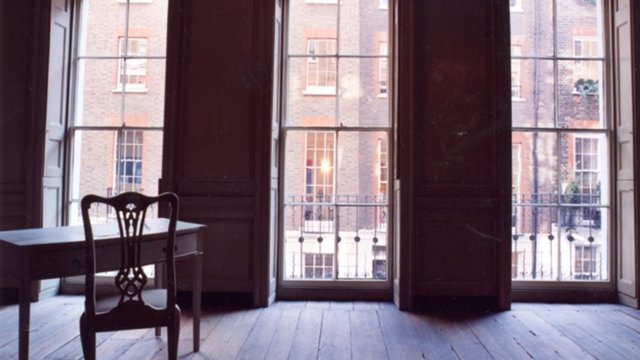 While Ben Franklin devoted most of his adult life to shaping an 'American' vision of home and country, the world's only remaining Franklin home just so happens to be in the heart of London at 36...
Gustavo Gonzalez Jul 3, 2013 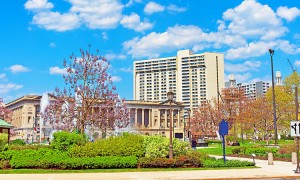 5 Must Visit Places During Your First Month in...

Welcome to Philadelphia! Once you've gotten a chance to get your stuff unpacked, it's time to start exploring your new city. During your first month, paying a visit to several places will you get...
Amy Freeman Aug 15, 2016
https://6nb29bly7g.execute-api.us-east-1.amazonaws.com/ProdStage