You might have heard that we’ve been having some fun filling out our Men’s College Basketball Tournament brackets this year. Forget what you hear from commentators on TV – we’re betting on cold, hard real estate data. We’re looking at the average home sales price to determine our two Hooptown bracket winners for Most Expensive and Most Affordable Hooptowns.

Check out the four teams we think will be dancing in San Antonio this year:

That’s right – LIU Brooklyn, a 16-seed school that has made it in the Tournament just six times, is our winner. No sixteen-seed has won a first round game, let alone taken home the title, but Coldwell Banker made it happen – they are our Most Expensive Hooptown. Brooklyn, you can thank us later.

Homes for Sale in Brooklyn, NY

Now compare that to the University of Oklahoma’s whopping thirty appearances at the Tournament and five semifinal appearances. They’ve never won the title – until now. The Sooners’ hometown, Norman, OK, is our Most Affordable Hooptown.

Homes for Sale in Norman, OK

Let’s run through some advanced metrics:

• With a population of about 2.6 million, Brooklyn is the most populous of New York City’s five boroughs. In fact, if it were its own city, Brooklyn would be the fourth most populous city in America.

• Norman, Oklahoma boasts a modest population of just over 120,000, making it the 225th largest city in America.

• Brooklyn has a ton of star power. Brooklyn natives include heavyweights like Jay-Z, Spike Lee and Barbra Streisand. We’re also willing to wager that BK has produced more basketball players than Norman – ever heard of Michael Jordan and Carmelo Anthony? Yep, Brooklyn born.

• Norman has produced some influential people in its own right. Journalist and TV personality Hoda Kotb and U.S. Senator Elizabeth Warren both call Norman their hometown.

• Brooklyn and Norman actually share a similar fun fact – they both pre-date their current city/state. That’s right: Brooklyn was its own city before being incorporated into New York City, and Norman is a whole seventeen years older than the state of Oklahoma!

As the Most Expensive Hooptown and 16-seed team, LIU Brooklyn is a true underdog through and through. Brooklyn has enjoyed a meteoric rise in the world of real estate. In 2006, the median price per square foot was $320. By 2016, it nearly tripled to $908 per square foot, according trade association Real Estate Board of New York (REBNY). Between 2006 and 2016, the average home sales price went up by 68.1 percent!

Most Affordable: University of Oklahoma

Here’s the thing, true winners are strong and steady, and don’t buckle under pressure. OU continues to support its Hooptown by building student housing that keeps local home and rental prices affordable, and the local area benefits from a healthy economy and housing industry thanks to the university. Basketball and real estate are a team sport – and Norman is lucky to have a good foundation in both.

Visit hoops.coldwellbanker.com or watch our new commercial that we call “Hoops” below. Hoops is a celebration of our people and “the Coldwell Banker way” of doing things. 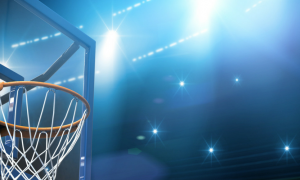 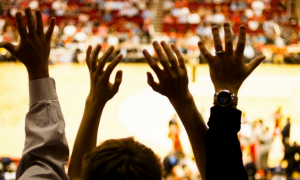 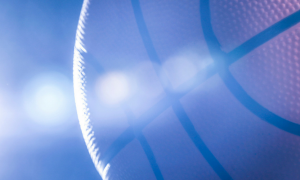