How to Monster Proof Your House Revisited

Feeling secure in your home is one of the most important aspects of an enjoyable life. You don’t want to worry about vampires, werewolves, ghosts or the boogeyman coming to get you, but yet that’s something that creeps into the back of our mind from time to time. Like when you’re home alone on a stormy night or you hear something go bump in the night? We can try and convince ourselves there are no such things as monsters, but deep down we know that’s not the case.

The following post was originally written a few months ago but we have heard monster sightings have increased over the course of the last few weeks so with Halloween approaching we thought it might be a good idea to again share these useful tips for monster proofing your home.

Feeling secure in your home is one of the most important aspects of an enjoyable life. You don’t want to worry about vampires, werewolves, ghosts or the boogeyman coming to get you, but yet that’s something that creeps into the back of our mind from time to time. Like when you’re home alone on a stormy night or you hear something go bump in the night? We can try and convince ourselves there are no such things as monsters, but deep down we know that’s not the case.

To help put your mind at ease and assist you in evading even the most cunning of undesirable guests, we’ve compiled a few tips to help make a monster proof home:

Invest in large bags of salt Table salt can be your best defense.

Salt is used to help preserve lots of things, but few people realize it can help preserve your life from the likes of vampires and vengeful spirits or ghosts. Your basic table salt is known in folklore to be a repellent of evil. In fact ancient mythological tales share how evil spirits cannot cross over lines of salt because they are required to count ever single grain before entering. Since that’s an impossible task, you’ll want to have plenty of salt on hand and if seven seasons of Supernatural have taught me anything it’s that you can line your home’s doorway and window sills with salt to prevent the unwanted from entering the premises. Not only is this an effective home protection measure, but it’s quite affordable too.

Decorate with religious items throughout the house
Monsters of all shapes and sizes don’t tend to like religious objects. Whether it be crucifixes, holy water or talisman, it’s a safe bet that a religious object can help ward the bad guys off. Try having a religious element as a decorative piece in every room of the house for easy access in the case of emergency.

Sleep on a platform bed

No monsters can hide under this bed.

Every 6 year old knows the number one place for monsters to hide is under the bed. So what’s the best way to prevent monster from hiding there? Eliminate under the bed as a hiding place! Outfit your bedrooms with platform beds that have a solid base around it so there’s no room for the boogeyman to reside. It’s the simplest way to deal with all those lurking creature types.

Get a fireplace
Even more than religious symbols, monsters hate fire. It works on vampires, werewolves, zombies and even deer ticks (don’t even think of trying to say they’re not monsters). A home with a fireplace doesn’t just create ambiance, warmth and a winter weather gathering place. It also provides a great sense of security. Keep a large wooden stick nearby so that if monsters do get through your initial line of defenses, you have an accessible torch nearby that can be used instantaneously.

Own a set of ancient books

Old books seem to have the answers.

From Buffy to Angel to Grimm, every monster-related show has needed a set of ancient books to help solve for monster problems. Evidently, no one has taken the time to digitize these old texts and put them online. Maybe it’s because most of the time they’re in Latin, but in any case it wouldn’t be a bad idea to head out to your local garage sale or local library and see if you can’t get your hands on some really old, leather-bound books as they’re often the only source that can deal with the most absurd of monster issues.

Buy a treadmill
Let’s be honest. You just have to be faster than the next slowest person to evade a monster attack. Invest in a treadmill and use it regularly.

Live in Yuma, Arizona
When are monster least likely to bother you? When the sun is out of course. Have you ever heard of the boogeyman attacking in the sunlight? We know vampires don’t. Never seen a werewolf do that either. So why live in Yuma, AZ? Well it’s in the Guinness Book of World Records for having the most amount of sunlight in a year. The sun shines in Yuma 4,174 hours of the year making it the least likely place for monsters to want to reside.

So there you have it. Just a few tips to monster proof your home and keep your mind at ease during those dark, rainy nights. Some other ideas to consider include: don’t get a home with a basement, don’t live in the woods and refrain from saying “I’ll be right back” when there are thunderstorms.

Note: Coldwell Banker Real Estate in no way guarantees that these steps will prevent actual monster attacks. We’re pretty sure they can help, but in life there are rarely any guarantees. Good luck out there.

How to Monster Proof Your Home

Feeling secure in your home is one of the most important aspects of an enjoyable life. You don't want to worry about vampires, werewolves, ghosts or the boogeyman coming to get you, but yet that's...
David Marine Jun 5, 2012 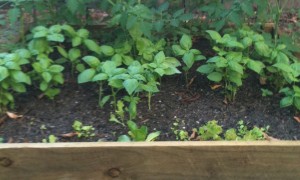 Building a Raised Garden Bed in the City

One your best options for gardening at home in Philadelphia is to build a raised garden bed. Using a raised bed lets you adjust the soil as needed and gives you a jump on the growing season. You...
Amy Freeman Aug 6, 2013 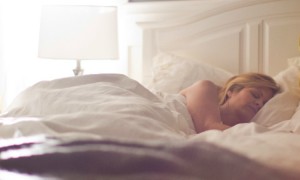 A cozy bedroom design adds comfortable living to the New York City abode during the colder months. While the outside chill keeps you nestled indoors, it is the ideal time to create a perfect cozy...
Carol Ruth Weber of weberlifedesign.com Mar 17, 2016
https://6nb29bly7g.execute-api.us-east-1.amazonaws.com/ProdStage