Presidents’ Day: The Most Famous House in the US

Did You Know these 4 White House Facts?

On this Presidents’ Day weekend, we wanted to give you a run down of some little known facts about the most famous house in the United States (besides Jesse Pinkman’s house, of course).

Not everyone can keep track of the fact that the White House hosts 6,000 visitors each day, has five full-time chefs and a tennis court, swimming pool, movie theater and bowling lane.  For all of you future historians, don’t get discouraged if you don’t know all of the information on this list. Even Doris Kearns-Goodwin had to start somewhere.

Did you know how many rooms are in the White House?

In total, the White House can boast it has 132 rooms, 32 bathrooms, 412 doors, 147 windows, 28 fireplaces, seven staircases and three elevators on six separate levels.

Unfortunately, this means I could never be president; I only live in homes with 133 rooms or more… Did you know who the first president was to live in the White House?

Although George Washington holds a firm place at the head of the table of American presidential lore, John Adams – aka America’s silver medal – was actually the first president to live in the White House.

During George Washington’s presidency, the father of the country lived in three different houses in two capital cities – two homes in New York City and one in Philadelphia.  But some in the country (including a vast majority of America’s carriage horses) felt the long distance to the capital should be even for both northern and southern states.

So Washington did something that the politicians of today may find difficult to comprehend – he compromised.  He decided the capital of the new United States would be located on land in between Maryland and Virginia in the middle of the east coast.  Unfortunately for George, he resigned the presidency before construction was completed. Did you know who named the White House?

Like the musician Prince, the White House has been through its fair share of names at various times in its career.  It was called the President’s Palace or Executive Mansion in the time of Adams and Lincoln.  It wasn’t until 1901 when President Theodore Roosevelt gave the White House its official title.

Some people may describe Washington, DC as a jungle.  But did you know during one presidency, the White House could have been considered an amateur zoo?

John Quincy Adams and Herbert Hoover probably thought they were unique with their pet alligators.  Calvin Coolidge would have laughed in their faces.

Besides the myriad of cats and dogs, the White House was home to a white canary, thrush, goose, mockingbird, two raccoons, a donkey, bobcat, wallaby, pygmy hippo, black bear and two lion cubs named Tax Reduction and Budget Bureau (someone thought they were real funny back then).

Every president since our second – John Adams – has lived in a patch of land near the Potomac River George Washington chose in 1791 for the presidential mansion during his tenure. Besides the theories regarding the secret passages to miles of roads criss-crossing under the city of Washington, DC and clandestine doors in the floor of the Lincoln bedroom leading to disaster-proof bunkers, the White House is first and foremost a home.  And although it has been as much of an American symbol as the Statue of Liberty or Golden Gate Bridge, the White House has been there for every holiday dinner, arrival international diplomats and local heroes and sheltered scores of American President’s families. While most of us will never get to sit behind the Resolute desk, the White House will always be America’s first home.  Enjoy your President’s Day! 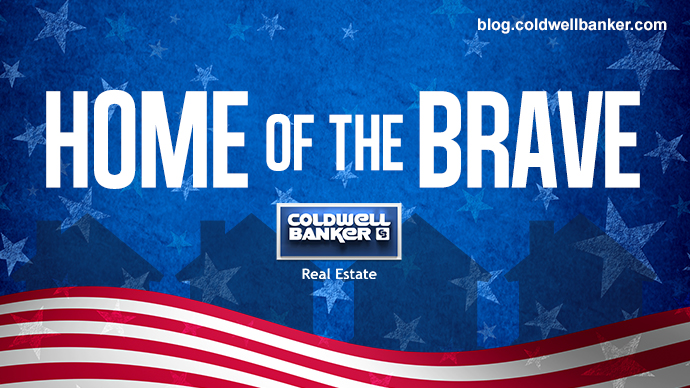 Coldwell Banker is featuring Home of the Brave week in honor of Independence Day. Join us as we explore the home of Theodore Roosevelt, Sagamore Hill.
Lindsay Listanski Jul 2, 2013

Taking a tour of some famous homes

I don’t know about you, but I love to take home tours when I’m on vacation or even in my hometown of Savannah, Ga., when I have visitors from out of town. Related side bar: For those of you who...
Athena Snow Jan 12, 2012
https://6nb29bly7g.execute-api.us-east-1.amazonaws.com/ProdStage