Iconic House Styles Across the Country and Where to Find Them

Given America’s rich history, it’s no surprise that there is an array of varied architecture throughout the country. With a nod to the traditions that make America unique, we’ve rounded up some of the most popular house styles across the country.

Given America’s rich history, it’s no surprise that there is an array of diverse architecture throughout the country. With a nod to the traditions that make America unique, we’ve rounded up some of the most popular house styles across the country and how they differ.

The area of the country that formed the original 13 Colonies has deep architectural roots; the most popular of which can be grouped into the Colonial style, made popular by English settlers who brought their building methods with them.

One such example is the Cape Cod, with its steep, gabled roof that allows it to shed snow, and provides second story living through its telltale dormer windows. Other styles of the Colonial period, such as the rustic Saltbox and the regal Federal and Georgian house styles, rely on a central hall plan and a balanced number of windows on either side of the home to add symmetry. Front porches are rarely found on these 18th-century styles. Many of these early Colonial homes are wood-framed, but the larger, stately Federal and Georgian styles can be found in brick and stone, which add to their elegance.

Taking their cues from both the Spanish Colonists and Native Americans who inhabited this land, South, and Southwestern homes are built for the elements. Adobe homes with their iconic timber beams that protrude from thick, mud-based masonry were first built by Pueblo Indians and adapted by Spanish Colonists in the 17th and 18th centuries. Thick walls and small windows mean cooler temperatures inside, making this regional style perfect for the sweltering Southwestern heat. Other Spanish-inspired styles such as Mission and Spanish Revival include central courtyards, wrought iron, and highly detailed doors, in addition to the thick stucco masonry and tile roofs.

Homes in the Deep South take on more neo-classical influences, such as Plantation and Italianate, with tall windows, classical columns, wide porticoes, and porches to enjoy the Southern breeze. One unique Southern departure, however, would be the Shotgun House — narrowly constructed with each room built behind the other with all doorways lining up in a row from front to back, which was the most popular style in the South from the end of the Civil War to the 1920s. Several iconic styles found their roots in California from the turn of the last century onward. Craftsman Style homes were popularized in California and can be identified by the organic use of wood, low-pitched roofs, and tapered porch columns. Many Craftsman homes use elements of Far East architecture and, thanks to the advent of mail order homes, this classic style can be found across the country, though Craftsman homes in the west are primarily wood and stucco, while brick versions exist further east.

Another California invention — the ranch home — is also one of the most popular housing styles in America, and made large gains in the post-war period when families were enjoying the benefit of large lots and open-plan living. Large windows, attached garages, and open-plan living are hallmarks of this style.

Bungalows and Split-level homes, which take on the best aspects of ranch-style living but come with a smaller lot size can be found nearly everywhere due to the focus on open space and easy living. The ornate molding, tall turrets, and wrap around porches of the Victorian period can also be found in almost every area. Whether contemporary or traditional, the modern American home enjoys influences from every aspect of our architectural past and created home styles that are a global blend of style, substance, and history. Simple Solutions for Protecting Your Car…from Your Garage
Home Tip of the Day: Thanksgiving Entertaining 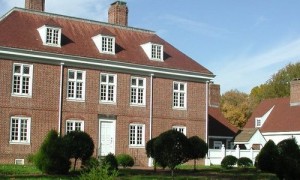 Sticking to Our Roots: The Colonial Home in...

The modern colonial home is a popular choice in today's real estate market; it's especially desirable for young families wanting to move up from starter town homes to a larger living space and take...
Jennifer A. DiGiovanni Jun 26, 2013 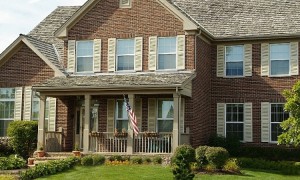 Throughout the Metroplex, you will find an array of house styles, including older homes with period charm and new construction that blends modern and contemporary with traditional elements. Downtown...
Lindsey Chamberlain Jul 2, 2014