Jacksonville for Snowbirds: Avoid the Crush of South Florida

If you want to break the mold and have room to spread your wings after you retire, consider Jacksonville. With plenty of space, ample real estate offerings, a great climate, and the best healthcare facilities, Jacksonville should top your list.

Maybe Henry Flagler did not realize that, when he began construction on Florida’s East Coast Railway at the start of the twentieth century, he was creating a new breed of migratory wanderers, snowbirds. With his railroad, he opened up Florida’s southern half to both wealthy retirees and those wanting to feel like they were wealthy. Since the early 1900s, Florida’s southern half has been the destination of choice for those northerners who want to escape brutal winters to bask in the sun throughout the year.

Of the states, Florida is ranked #22 for land size but #8 for population; the bulk of Florida’s population, however, lives south of the Tampa-Orlando-Daytona line. What lies north of that cross-state corridor is a significant amount of small towns, undeveloped woodlands, and quiet beaches. If retiring to Florida is on your bucket list after 40 years of work, but you would like to avoid the snowbirds, check out the areas around Jacksonville.

Jacksonville is the largest city in north Florida and offers both oceanfront and large riverfront real estate selections. Along the western perimeter of Jacksonville, large, undeveloped, estate-size lots can be found where you can build a new home as large or as small as you wish.

Jacksonville is located in the center of the five counties that constitute northeast Florida. To the north, the unspoiled beaches of Amelia Island offer a number of oceanfront high-rise condominiums, but the island continues to exist in a mostly natural setting surrounded by dunes and hammock woods. Amelia Island/Fernandina Beach’s laid-back atmosphere is appealing to those who wish to escape the harried rush of other parts of the country.

Northeast Florida has mild winters and just enough cool weather to keep things exciting. Summers are typically hot, but winters are mild, with the coldest temperatures arriving between December and February. There were five days of freezing nights this past year, but daytime temperatures easily hit 50 degrees. The area tends to receive a dusting of snow once every 10 to 15 years. The last significant snowfall was in December 1989 when the area received four inches.

If you want to break the mold and have room to spread your wings after you retire, consider the Jacksonville area. With plenty of space, ample real estate offerings, a great climate, and the best healthcare facilities, Jacksonville should be at the top of your list.

Fun Ways to Beat the Heat
Where Do Alligators Live?: How to Tell Whether Gators Live Behind Your New Home in Jacksonville 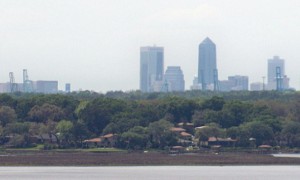 Living in Jacksonville Is Appealing Because of...

Living in Jacksonville is a great choice for potential homeowners for many reasons. Some of the best reasons to move to Jacksonville include variety in housing options, a beautiful climate throughout...
Tracy Jones Aug 26, 2013 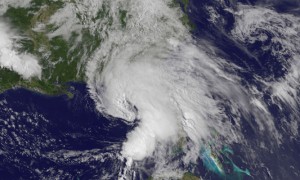 Hurricane protection is very important for those who live in Jacksonville because of the frequency of storms that hit the area. Being prepared and installing modifications to a home can save...
Tracy Jones Aug 26, 2013
https://6nb29bly7g.execute-api.us-east-1.amazonaws.com/ProdStage