Living in Jacksonville Is Appealing Because of Housing Variety and Climate

Living in Jacksonville is a great choice for potential homeowners for many reasons. Some of the best reasons to move to Jacksonville include variety in housing options, a beautiful climate throughout the year, and many activities for newcomers.

Living in Jacksonville has many advantages that newcomers to the city discover each day. With the city’s beautiful weather, variety in housing options, job opportunities, and recreation opportunities, someone who selects Jacksonville as a new home is sure to find joy in the city.

One of the best reasons to live in Jacksonville is the area’s weather. Jacksonville’s typical temperature hovers in the high 70s to low 80s. Nearby waterways such as the Atlantic Ocean and the St. Johns River typically lend a cool breeze to the city. As for snow, the city has never had more than a few flurries, so newcomers don’t have to worry about salting sidewalks or shoveling snow when living in Jacksonville.

Nonetheless, along with Jacksonville’s beautiful weather is the frequent rain storm that cools off the city on hotter days. Residents and newcomers often use Jacksonville’s weather to their advantage by visiting the nearby beaches or boating down the river—they just make sure to bring an umbrella.

Are you looking for a condo? Town home? Historic bungalow? One of the greatest discoveries for many new Jacksonville residents is the variety of the housing available. Historic neighborhoods such as Riverside and San Marco have turn-of-the-century homes with historic architectural features. Other areas of the city, such as Southside and Bartram Park, have newer homes, condominiums, and townhomes to rent or own.

The city also boasts diverse neighborhoods. But no matter what neighborhood a newcomer selects, the residents are sure to be full of southern hospitality.

Newcomers to Jacksonville are frequently surprised to find an array of things to do when the work day is over. Jacksonville has its own NFL team, the Jacksonville Jaguars. It also has a zoo, parks, and recreation complexes as well as yearly events and social activity groups. The beach lines the eastern part of the city, and the St. Johns River cuts right through it, making it a great city for water fun.

Nearby, there is plenty for newcomers to discover. The nation’s oldest city, St. Augustine, is about 20 miles south of Jacksonville. Jacksonville is also a short drive from Savannah, Georgia and other nearby beaches.

Whether you’re a potential newcomer or have just moved to the Jacksonville area, you’re sure to find plenty to do, many job opportunities, and the right home to fit your buying or renting needs. 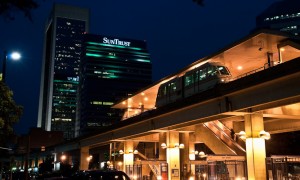 Nightlife in Jacksonville Varies in Type and...

Nightlife in Jacksonville is much like the city itself. Depending on what neighborhood you find yourself in, there is a variety of different clubs, restaurants, beaches and bars to keep you...
Tracy Jones Jun 26, 2013