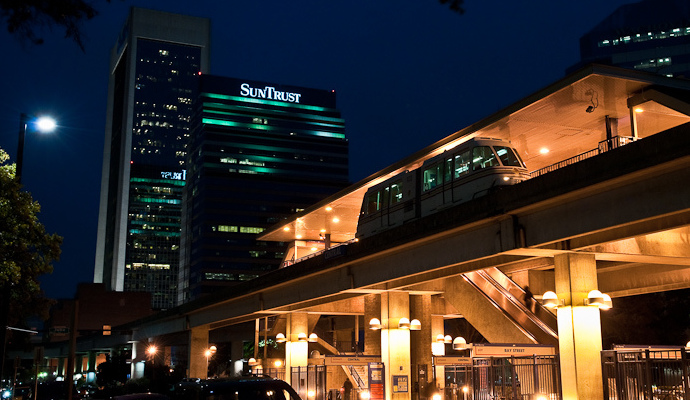 Nightlife in Jacksonville Varies in Type and Geography

Nightlife in Jacksonville is much like the city itself. Depending on what neighborhood you find yourself in, there is a variety of different clubs, restaurants, beaches and bars to keep you entertained.

Nightlife in Jacksonville is much like the city itself. Depending on what neighborhood you find yourself in, you can find a variety of different clubs, restaurants, and bars to keep you entertained.

According to the U.S. Census Bureau, Jacksonville is the largest city in the contingent United States based on land mass. It also has a growing number of residents that call Jacksonville home each year. To cater to new residents and please the hometowners, there are plenty of nightlife options. Most establishments are open until 2 a.m. unless noted otherwise.

In the past five years, downtown Jacksonville has made huge gains in the number of restaurants and bars that have occupied the area. With nearby neighborhoods such as Riverside and Springfield, more and more people are gathering downtown when it gets dark.

Some of the most popular spots attract younger professionals and college students. Another great option is the Florida Theatre, downtown Jacksonville’s premiere historic entertainment venue. The Theatre opened in 1927 and hosts a variety of bands, acts and shows. Across the river, near San Marco, is the River City Brewing Company, a great place to get a late dinner, especially seafood.

Downtown Vision, a nonprofit organization that promotes downtown businesses, has a map of all the nightlife in Jacksonville.

The St. Johns Town Center, aside from being a great shopping destination, also has several places nearby to visit after the mall closes. Town Center also has a wine lounge bar, Ovinte, which is open late. Off of Big Island Drive is Suite, a nightclub and events menu. Dress code at Suite is “fashion forward” and must be deemed appropriate before entering. There are also more casual restaurants in the area in which to grab a beer, share a pizza with friends, and play trivia or listen to live music.

Jacksonville is home to several beaches, including Jacksonville Beach, Atlantic Beach, and Ponte Vedra. Along the coastline, there are plenty of places to stop by for a drink after a day in the sun.

Some places are known for their oceanfront views and creative drinks. Looking for live music? You can find that, too, such as at Freebird, owned by family members of the band Lynyrd Skynyrd. Another local beach side staple is Pete’s Bar, family owned since 1933. Pete’s was the first establishment to get a liquor license in Jacksonville after Prohibition, and it remains a popular hangout.

No matter where you are in Jacksonville during the day, you can probably stick around and find some nighttime entertainment nearby. However, before you head out to one of these spots, make sure to check the weather. Many of these locations are outdoors, and Jacksonville’s weather can change within the hour. 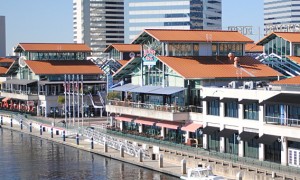