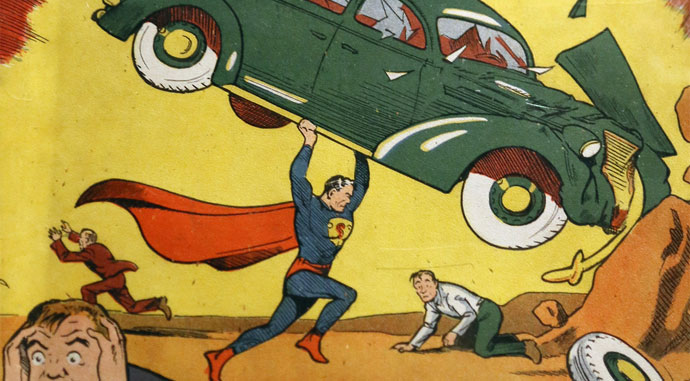 Man Finds Legendary Superman Comic Inside the Walls of His Home

The new Superman movie, Man of Steel, will hit theaters in just a few weeks but one man has discovered Superman in his own home in the oddest of places.

The new Superman movie, Man of Steel, will hit theaters in just a few weeks but one man has discovered Superman in his own home in the oddest of places.

David Gonzales is an ordinary contractor in Minnesota who has an interesting tradition of his own. When he works on homes he likes to hide dollar bills inside the walls of people’s homes so that there’s a future surprise waiting for them down the road. A nice gesture for sure, but Gonzales didn’t dream he’d find $100,000 waiting inside his own walls.

Gonzales recently bought a home in Elbow Lake, MN that was abandoned and he made plans to renovate it. When he started tearing out the drywall, he discovered lots of old newspapers had been rolled up and stuffed inside the walls. The papers dated back to the 1930’s were interesting enough, but rolled up inside of a stack of those newspapers was 1938 Action Comics #1. That’s right. The first ever Superman comic.

Sure the comic was a bit weathered, but it is currently being auctioned off for over $100,000. The sad/funny part is it could have been worth more! According to the Star Tribune, the comic book was actually ripped when Gonzales brought it show to some family members. Evidently there was some man-handling of the comic and the back cover was torn.

How much did the rip cost? Just a $75,000 decrease in value according to some comic book appraisers.

Even so it’s nice to see that a guy who leaves dollar bills for people in their homes was able to be rewarded 100,000 fold in his own home. Who knows what waits for you inside your home’s walls?

The Most Interesting Home on TV is on USA's Graceland
Behind the Music: "My Favorite Place" by Stephen Kellogg and the Sixers

Today MTV Geek released its list of the 10 Coolest Comic Books Homes and I gotta tell you I'm a little surprised at some of the choices (Rock of Eternity? Really?). The list has some great diversity...
David Marine Jun 30, 2011

7 Comic-Con Inspired Items for Your Home

Comic-Con 2012 is in full swing. It's the annual gathering of geekdom that has become a cultural phenomenon for the comic industry, TV, movies and more. While people from across the globe descend on...
David Marine Jul 13, 2012 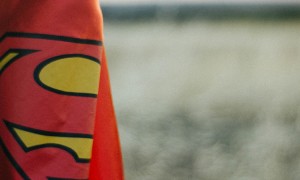 From an alien planet to a farm in Kansas to a small house in Ohio, Superman has hung his cape in a variety of different places.
David Marine Mar 24, 2016
https://6nb29bly7g.execute-api.us-east-1.amazonaws.com/ProdStage