Some thought they’d never be homebuyers but young Americans are getting into the market again, according to the September NAR Report.

They’re back! First-time homebuyers are re-entering the market in good numbers after years of staying on the sidelines.

These, usually young, families accounted for 34% of existing homes purchased in September, according to the National Association of Realtors (NAR). They helped boost sales to an annual rate of 5.47 million, 0.6% higher than last September’s pace.

Sales were also 3.2% higher than August. That reversed a two-month slump, said Lawrence Yun, NAR’s chief economist. Sales had stagnated a bit as many buyers found inventory shortages restricted their choices of properties to buy.

“The home search over the past several months for a lot of prospective buyers, and especially for first-time buyers, took longer than usual because of the competition for the minimal amount of homes for sale,” he added.

Builders trying to gear up

The residential real estate construction industry struggled to keep up with the brisk pace of market demand. New housing permits were down last month.

Slow home building has been due to several factors: a dearth of “shovel ready” development sites; labor shortages as many construction workers left the industry during the housing crisis and have not returned; and tight lending practices that have hindered efforts of some builders to obtain construction loans.

Nevertheless, construction of single family homes rose in September, according to the National Association of Home Builders, which cited favorable mortgage rates and job and income growth for the solid demand. If not for a steep drop in multi-family construction, permits for all housing would have gone up during the month.

Some home builders may also have hesitated to gear up construction as many industry sources began to theorize that a change in the life style preferences of young Americans would lower homeownership. Millennials, the theory went, prefer city living, and were less likely to opt for their parents’ American Dream of a four-bedroom, two-and-a-half bath house in the suburbs.

But the slow sales over the past few years to first time buyers probably had a lot more to do with the Great Recession that any sea change in attitudes. Now that the economy has picked up and young people are making money again, they’re proving to be just as amenable to homeownership as past generations.

If only they could find something to buy! The national inventory of homes for sale stands at nearly 7% below 12 months earlier, according to NAR. It has fallen year-over-year for 16 straight months.

“Inventory has been extremely tight all year and is unlikely to improve now that the seasonal decline in listings is about to kick in,” said Yun. “Unfortunately, there won’t be much relief from new home construction, which continues to be grossly inadequate in relation to demand.”

Buyers paid a median price of $234,200 during the month, 5.6% more than September, 2015. That marked the 55th consecutive month of higher year-over-year prices. 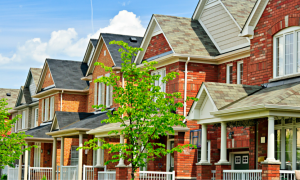 January’s Housing Numbers and an Uptick in Income Indicate a Strong Start to 2016
Les Christie Feb 23, 2016