Find out how the real estate market in Victory Park has changed since its inception. Learn how the district has become more accessible to the average resident and welcomes tourists for the purposes of keeping the local economy afloat.

At the onset of its formation, extravagance was the mold used to build Victory Park; Dallas developers took advantage of the large sums of money available to them to envision and materialize a true opulent, urban destination. Since its gilded inception, the economy and other factors have changed the district’s landscape in more ways than one. Despite a nearly ruinous identity crisis, however, Victory Park is on track to make its debut as a rehabbed manifestation of the American Dream.

When Ross Perot, Jr. set his sights on Victory Park as an urban renewal utopia, he didn’t imagine that his first attempts at creating a mecca for luxury lovers would fall victim to circumstances like the infamous housing bubble and a flailing economy. Yesterday’s hard lessons in development led to re-imagining of Victory Park’s potential and, today, the vision has been modified to reflect current economic realities.

While the initial development plan for Victory Park may have included costly high rises and fancy accouterments at every corner, the market has tempered those ambitions. Today, Victory Park is undergoing a revitalization that is based more on down-to-earth pragmatism than unlimited idealism.

Recent modifications signify an inclusive end to an exclusive story — streets have become wider, inviting more traffic of the vehicular, pedestrian, and cyclist variety. This change lays the fundamental groundwork for desirable real estate that welcomes people who are interested in setting down roots in the futuristic landscape of Victory Park; Dallas residents gravitate toward the district as it becomes more accessible to them.

Due to a shift in priorities and realities, Dallas’ melting pot characteristics are more likely to be seen in the district, while the desire to achieve inimitable luxury has taken a backseat to the need for successful development. Although luxury apartments are still very much part of the landscape, real estate in the district now bears similarities to other typical parts of moneyed Dallas.

Primarily designed to be the premiere upscale destination in the Dallas area, Victory Park has been humbled into relying on the pedestrian — both literally and figuratively — to survive a fickle real estate market and hesitant newcomers. Rather than an awe-inspiring residential street, its centerpiece is now the American Airlines Center; new emphasis on this arena is purposeful, as visitors stimulate the local economy and support its businesses. For the average potential resident, the proximity to the American Airlines Center and all of its hosted events makes Victory Park an attractive place to set down residential anchor.

Despite many of its residential real estate challenges, one market that has enjoyed an undeniable boom since Victory Park’s formative years is that of commercial real estate. The district continues to be a popular location for those who want to physically set up shop or simply rent office space. Since luxury apartments, high-rise residences, and condominiums continue to be built, Victory Park remains a natural place for successful professionals, from corporate employees to retail business owners, to live, work, and play. 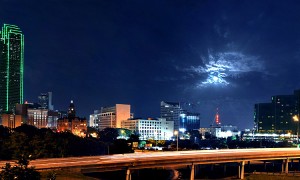 Highland Park offers an extravagant foray into the good life, making it a premier community within the vast Lone Star State. Find out why this unique Dallas suburb has remained popular for centuries...
S. Gonzales Dec 8, 2014 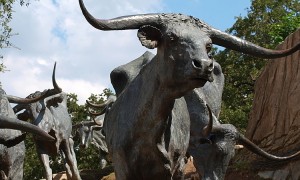 Are your kids feeling restless? It's time to plan an expedition to one of Dallas' many attractions! Our guide to the best kid friendly activities in Dallas has something for kids of all ages and...
Ginnie Leeming Aug 11, 2016 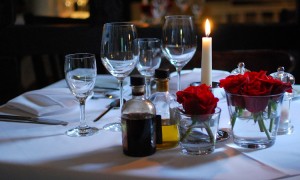 Learn about the top five Dallas restaurants for Mexican, Greek, Italian, Asian, and Greek cuisine. Find out what sets certain restaurants apart from their competitors and which dishes have garnered...
S. Gonzales May 15, 2015
https://6nb29bly7g.execute-api.us-east-1.amazonaws.com/ProdStage