MTA access is one of the most important issues facing renters and buyers in NYC. Ideally, you’ll find a home in a location that will allow you to navigate through the city easily. What happens when your regular route shuts down?

MTA access is one of the most important considerations that New Yorkers think about when buying or renting their apartments. People want to make sure that their commutes are as seamless as possible, whether they’re lugging themselves to their offices or bringing their kids to school. Even freelancers who work out of their homes — or from the coffee shop du jour they call home — want to know that it won’t take a plane, train, and an automobile for them to get to and from home.

Commuting in NYC would be a breeze if the MTA was a smoothly run, well-oiled machine, but, well . . . . It’s probably safe to say that running one of the largest, oldest (emphasis on OLDEST) subway systems in the world is a Sisyphean task. As soon as one hurdle clears, another one pops up to take its place. One tiny “investigation” on the 7 line in the middle of a Tuesday afternoon can cripple the entire system by rush hour. You can only imagine the chaos that would ensue if the MTA had to shut down an entire line for an extended period of time . . . oh, wait . . .

What Happened to the L Train?

2012’s Hurricane Sandy was a devastating storm that took place in the fall and took out homes, businesses, and most tragically of all, 285 lives. In addition to causing damage to neighborhoods like Rockaway Beach that are still recovering today, the storm damaged a lot of the infrastructure of the city’s subway system, particularly the Canarsie Tunnel, which services the L train line. The L train runs from Canarsie in Brooklyn to Eighth Avenue in Manhattan, cutting a horizontal path through the center of the city and connecting to most of the other trains in the mass transit system.

Where Does the L Train Run?

The L train runs through neighborhoods like Williamsburg, Bushwick, and Canarsie in Brooklyn, and it runs crosstown from the East Village to Chelsea in the city. Four hundred thousand people ride the train between Brooklyn and Manhattan every day.

What’s Going to Happen to the L Train?

The MTA just announced that in order to fix the massive damage that the L train tunnel sustained, it’s going to have to shut down the L train line between Brooklyn and Manhattan for 18 months starting in 2019. The alternative option was to partially shut down the line for three years, but in the end, the MTA decided to do all of the repairs in one go. The train will still run within Brooklyn.

What Does It Mean for People Living, or Looking to Live, Along the L Line?

For people who live along the L line or for those thinking of living there, the loss of the L could have far-reaching consequences regarding MTA access. Potential residents are trying to determine if moving to the neighborhood will be worth it. Businesses that run along the route are also wondering how the shutdown will affect their bottom line.

The city and the MTA are considering alternative travel options for riders. Some of those options include adding increased service on the nearby J and M lines and adding bus service across the Williamsburg Bridge. It’s in the city’s best interests to make sure the shutdown makes as minimal an impact as possible on local residents and businesses. Hopefully (and most likely), New Yorkers will do what they always do, figure out how to get around and make the best of it. 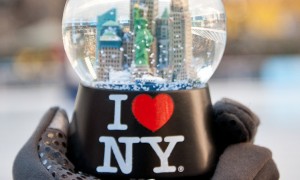 Moving to New York? 7 Tips to Navigate the City...

Moving to New York is daunting enough, what with finding a place, looking for schools, and figuring out your commute. The last thing you want to do is come across as a newbie. The following tips will...
Sakai Blue Mar 31, 2015

When looking at the cost of living by city New York City might scare some off, but the "city that never sleeps" is nicknamed that for a reason, having so much to offer to offset living expenses. Your...
Carol Ruth Weber of weberlifedesign.com Jan 26, 2015 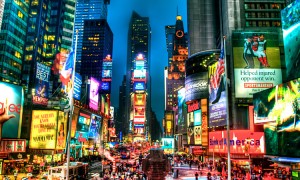