There are tons of NYC comedy shows out there if you’re looking for a laugh. There are so many options to choose from, thanks to NYC being the unofficial comedy capital of the world. If you’re a comedy club noob, the following list can help.

When somebody brings up the idea of going to a NYC comedy club to me, I instantly get a sudden case of fremdscham, that untranslatable but totally dead-on German word that means feeling intense embarrassment for others. I literally drown in second-hand embarrassment when watching budding comedians hit the stage in one of the city’s comedy clubs and BOMB. The NYC comedy scene is ground zero for young comedians to get their names out there and break new ground with their acts. They love to get up there and try to make people laugh, and normal people (i.e., not me), love to watch them perform. If you’re one of these normal people, check out the following for some of the best places to see the next Eddie Murphy or Jimmy Fallon.

If you’re all about watching the funniest people in the city develop their skills right before your eyes, get your laugh box to the Peoples Improv Theater (PIT). This giggle-growing factory teaches baby comics the laugh trade. Students then practice their acts on the willing audiences who come for cheap drinks and awesome laughs. There are three theaters in two separate locations, so if you’re coming to see a specific artist, make sure you head to the right spot. If you’re ready to test out your Charlie Chaplin chops and finally give this whole comedy thing a whirl, you can register for writing or performance classes, too!

Yes, there’s a two-drink minimum (includes non-alcoholic drinks like water and tea), and yes, it’s usually crowded, and yes, shows may start a bit late, but the biggest “yes” of all is that Carolines on Broadway is one of the absolute best venues in the world to see top comedic talent. From Eric Andre to Jay Pharoah to Kevin Nealon, expect the best emerging and mainstream talent to pass through this venerable institution that’s been around since Caroline Hirsch first opened the space in 1982. The club has changed locations a few times around the city before landing at its current home in Times Square. Word of advice: get there early.

What do Tina Fey, Horatio Sanz, Jordan Peele, Abby Elliott, and other esteemed sketch comedy veterans have in common? Besides an uncanny ability to make the mundane look insane, they’re all past or current members of the Upright Citizens Brigade, arguably the number one training ground for many SNL cast members as well as for people who are not satisfied with being merely funny. The Brigade, with centers in Los Angeles and New York, was founded by members like Matt Walsh and Amy Poehler and teaches members core comedic talents like improv and writing. If you go to the theater to see a show, you get to see sets from old heads and new heads. If you go on Sunday night, you’ll be treated to ASSSSCAT 3000, an insanely popular improv show that usually starts with an opening sketch by a leading comedian that morphs into a free-form improv set performed by Brigade members and usually prompted by subject suggestions by the audience. The 9:30 p.m. show is free, and there’s always a line, so get there early.

When looking at the cost of living by city New York City might scare some off, but the "city that never sleeps" is nicknamed that for a reason, having so much to offer to offset living expenses. Your...
Carol Ruth Weber of weberlifedesign.com Jan 26, 2015 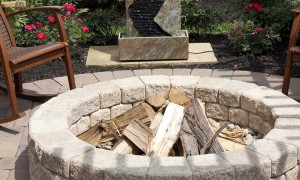 There's nothing quite like sitting around a campfire with family or friends. You don't have to go on an organized camp trip to have this experience. Build a conversation campfire and tap into some...
Debbie Webb Sep 12, 2016 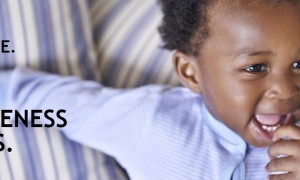 This Is Where Laughs Are Largest. This Is Home.

Giggles, cackles and milk through the nose are all sounds that make home where awesomeness happens.
David Marine May 5, 2016
https://6nb29bly7g.execute-api.us-east-1.amazonaws.com/ProdStage