Shining a Spotlight on Fishtown

Take a trip up north to visit Fishtown, one of the more popular and hip neighborhoods in Philly. Get a look at what’s going on in the neighborhood and see why it’s one of the most in-demand places in the city.

If you want to know where the next hip neighborhood will be in Philly, follow the artists. Decades ago, they set up studios and art galleries in Old City. When Old City got too pricey, they moved north to Northern Liberties. When that got too pricey, well, they landed in Fishtown.

Although it’s now known as one of the city’s cooler neighborhoods, and has the restaurants, coffee shops, and artists spaces to back up the claim, the neighborhood also has a long history of community involvement and investment. If you’re considering buying a home in Fishtown, there’s a few things worth knowing about the neighborhood.

What defines Fishtown can vary depending on who you ask. Some people claim that it stretches from Girard Avenue on the southern border to Lehigh Avenue on the northern edge. Its western boundary is Front Street and the eastern boundary is the Delaware River. The Fishtown Neighbors Association has the neighborhood’s boundaries stretch from Laurel Street in the south to York Street in the north.

What’s Going On There?

The neighborhood ranks as one of the best spots in Philly for food, drink, and nightlife. In June 2016, Vogue declared that it had all the best places to eat and drink in the entire city. Head into the neighborhood and you’ll find the huge, flagship location of La Colombe Coffee Roasters. There’s also Pizza Brain, which is home to the first and only pizza museum in the country. The behemoth known as Frankford Hall, Stephen Starr’s rendition of a German beer hall, is worth checking out if you have a large group in town. Philly favorite ReAnimator coffee also has a cafe in the neighborhood.

Homes for sale in the neighborhood are largely rowhouses — although there are a few multi-familiy and detached properties thrown into the mix. The average listing price of a rowhome in the area is $414,889, as of Nov. 2016.

New construction is mixed in with older buildings in the area. In recent years, a number of new homes, including rowhomes with attached garages and three-story homes that tower above their neighborhoods, have popped up in the area. Hidden City published a survey of a few newcomers to the area in 2016, noting that most of the new construction in the neighborhood is residential properties, rather than stores or warehouses.

What are Your Transit Options?

The neighborhood is easily accessible both by public transit and by car. It’s also very walkable — thanks to narrow, uncrowded streets. The SEPTA Route 15 trolley cuts across the neighborhood from east to west, along Girard Avenue. An on/off ramp to Interstate 95 makes it easy to get into Center City or to head north out of the city by car. The Market–Frankford El also has several stops in the neighborhood and will transport you up to the greater Northeast, down to Center City, and all the way over to West Philadelphia and Upper Darby.

Whether you’re looking to live in a neighborhood with a buzzing dining scene and nightlife or want to live in a place that’s a good mix of new and old, Fishtown has plenty to offer you. 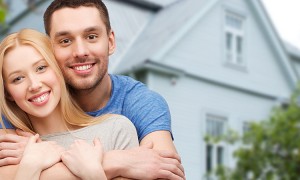 Get to Know Girard Estates, a Bit of Suburbia in...

Are you looking for a home on quiet, tree-lined streets, but still want to be close to the hustle and bustle of the city? Consider Girard Estate, a small neighborhood deep in South Philly. It's a bit...
Amy Freeman Nov 3, 2016