Philadelphia is a city full of impressive buildings. Whether you’re a fan of classic architecture or prefer something a bit more modern, several buildings in Philadelphia are worth checking out for their unique style or because of who designed them.

Given that the city was built up over a period of several hundred years, it’s no surprise that Philadelphia architecture runs the gamut when it comes to style. You’ll find magnificent buildings that were clearly designed with classical architectural rules in mind (like the Philadelphia Museum of Art). You’ll also find buildings that are decidedly more modern, like the skyscrapers in Center City. Whether you’re a life-long architecture buff or just want to learn more about your city, take a quick north-to-south tour of some of Philly’s more interesting buildings.

There are some big names in Philadelphia architecture and Louis Kahn is one of them. One of his most discussed buildings is the Esherick House in Chestnut Hill. Built as a private residence, the house was finished in 1961. It earned a spot on the Philadelphia Register of Historic Places in 2009. In 2016, Docomomo US gave the team responsible for restoring and preserving the house a special citation of merit.

The most interesting feature on the exterior of the house is the wooden shutters and large glass windows at the back. The shutters can be opened or closed in variety of combinations, opening the entire house to the garden out back or shutting it off completely from the natural surroundings.

To some, Guild House, on Spring Garden Street in the Poplar section of the city, doesn’t look like much. A six-story building, it contains independent living apartments for older adults.

Once upon a time, no buildings in Philadelphia could be taller than William Penn’s statue on top of City Hall. Once that rule was taken out of the books, skyscrapers started popping up across Center City. Today, the tallest building in town is the Comcast Center. It also happens to be one of the most eco-friendly buildings in Philadelphia. Part office building and part shopping center, the Comcast Center is open to the public. Highlights inside include a 2,000-square-foot video wall and an eight-story garden.

If you’re looking for a home in Philadelphia, you might be able to find a condo in the Society Hill Towers. If not, it’s still worth paying a visit to the three buildings that seem to tower over the city. Located on a hilltop at 2nd Street in Society Hill, the condo buildings were part of a major redevelopment and revitalization plan for the neighborhood back in the 1950s. The three buildings were designed by I.M. Pei and are made from poured concrete.

The Navy Yard, way down in South Philly, is worth a visit on its own. It’s like a city within the city, with miles of trails and several parks. Another reason to visit it is to check out the headquarters of URBN, the company behind brands such as Urban Outfitters and Anthropologie.

URBN’s headquarters are located in four former ship-building buildings. The design of the buildings recalls their past use by the Navy, while also being a functional headquarters for the large brand. The Navy Yard is open to the public on weekdays. You can also visit on Saturday, either on foot or by bike.

The greatest buildings in Philly are impressive to look at. They’re also a reflection of how the city has changed and grown over the years. 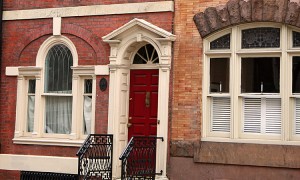 Philadelphia Neighborhoods: Take a Look at...

Every Philly neighborhood is slightly different from the next, in terms of housing and things to do. Society Hill is one of the older neighborhoods in the city. Today, it's home to historic houses,...
Amy Freeman May 12, 2016 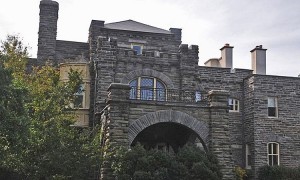 Certain areas of the city have a greater reputation for attracting more affluent residents. If you'd like to take a look at some of the most expensive homes in the city, try scoping out the following...
Jennifer A. DiGiovanni Nov 14, 2014 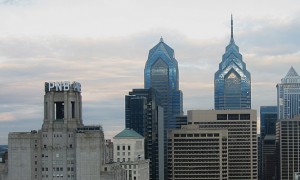 From more apartment buildings to greater outdoor amenities, here are a few Philadelphia real estate trends to keep an eye out for in the coming months and years. The focus of some trends is on...
Amy Freeman Jun 3, 2014
https://6nb29bly7g.execute-api.us-east-1.amazonaws.com/ProdStage